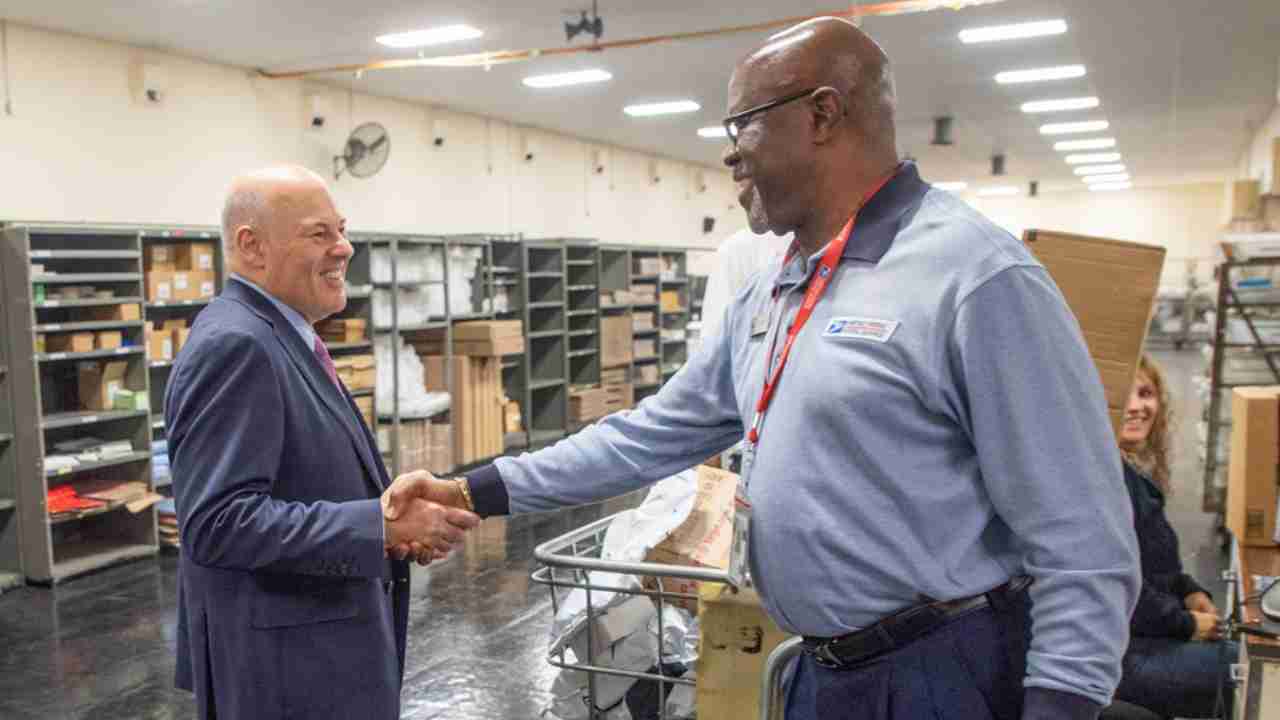 Postmaster General Louis DeJoy didn’t let any moss grow under his feet during a recent visit to Georgia.

His day started with a speech to roughly 150 members of the Envelope Manufacturers Association who were meeting in Savannah. DeJoy spoke of how he and the executive leadership team are attempting to set the Postal Service on a more prosperous course.

Postal reform legislation, pricing models and the establishment of regional operation facilities — including one in Athens — are just a few of the topics he touched on.

DeJoy stressed that while the transformation will not happen overnight, he is optimistic that the Delivering for America plan will turn the organization around within 10 years. And he was confident that USPS will continue to be the most trusted federal agency.

He followed the talk with visits to three Post Offices — the downtown and Garden City branches in Savannah and the Post Office in nearby Pooler — where he met with employees and updated them on Delivering for America, as well as preparations for the holiday delivery season.

“The Georgia visit was a great opportunity to explain why we’re doing what we’re doing — and to get feedback from the people the plan affects most,” DeJoy said. “Working with our employees, we’re going to transform the Postal Service into a high-performing organization and set it on a positive trajectory for decades to come.”