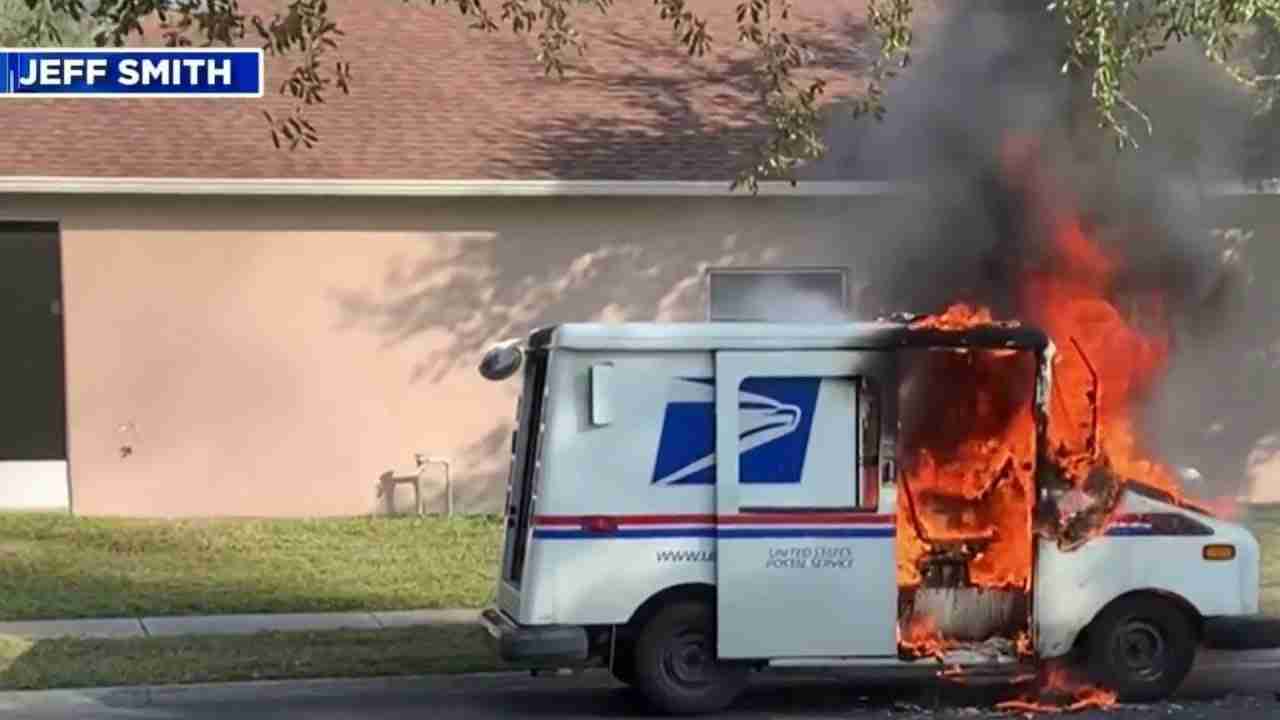 No one was hurt and no packages were lost during the fire.

The video showed the blaze along North Dancer Way on Dec. 31.

“All we heard was the word fire and can you call 911,” Jeff Smith said, his wife shot cellphone video of the blaze.

Neighbor Jeff Smith and his wife couldn’t believe what they saw. They called for help after seeing flames flying through this USPS delivery vehicle on New Year’s Eve.

They said the postal worker did all she could to make sure no one was hurt.

“She was brave, she was a hero. Just to protect the houses and put the vehicle on the side of the road was amazing,” Smith said.