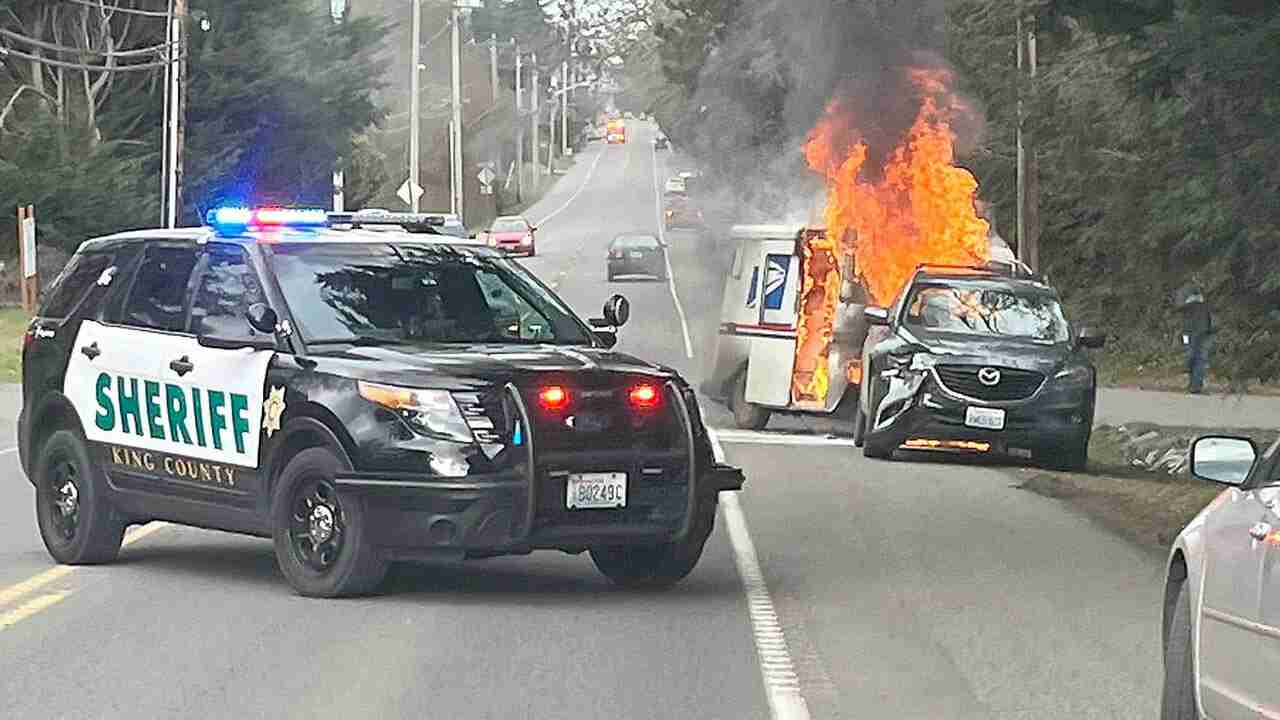 A postal truck burst into flames at 188th Street and Vashon Hwy. in the mid-afternoon of Wednesday, Feb. 16, after an accident involving another vehicle.

Despite the dramatic conflagration, no known injuries resulted from the accident, according to Vashon Fire Chief Charles Krimmert, who described the fire district’s response. King County Sheriff’s officers also responded to the accident.

Krimmert said that initial first-responders en route to the accident noticed a “thermal column,” at a distance, rising from the scene of the accident, and called for a fire truck to be added to the response.