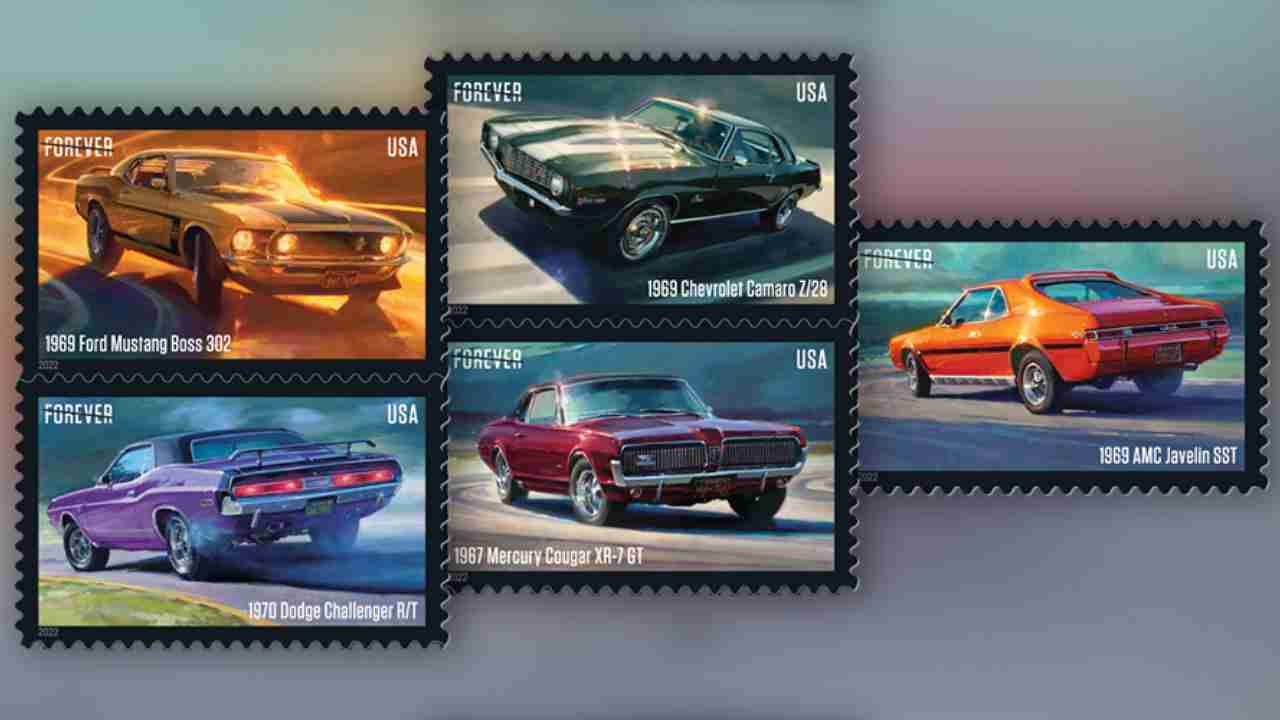 The Postal Service’s Pony Car stamps will be released Aug. 25.

The Forever stamps are an homage to the sporty coupes and convertibles of the 1960s and ’70s that were marketed to adventurous young drivers.

Pony cars are believed to have gotten their name from Car Life editor Dennis Shattuck, who took his inspiration from the Ford Mustang.

Automakers have recently begun reintroducing many models from the cars’ glory days.

The stamps’ oil-on-panel artwork was created by Tom Fritz. Zack Bryant was the designer and Greg Breeding the art director.

The Pony Cars stamps will be available in panes of 20 at Post Offices and on usps.com.