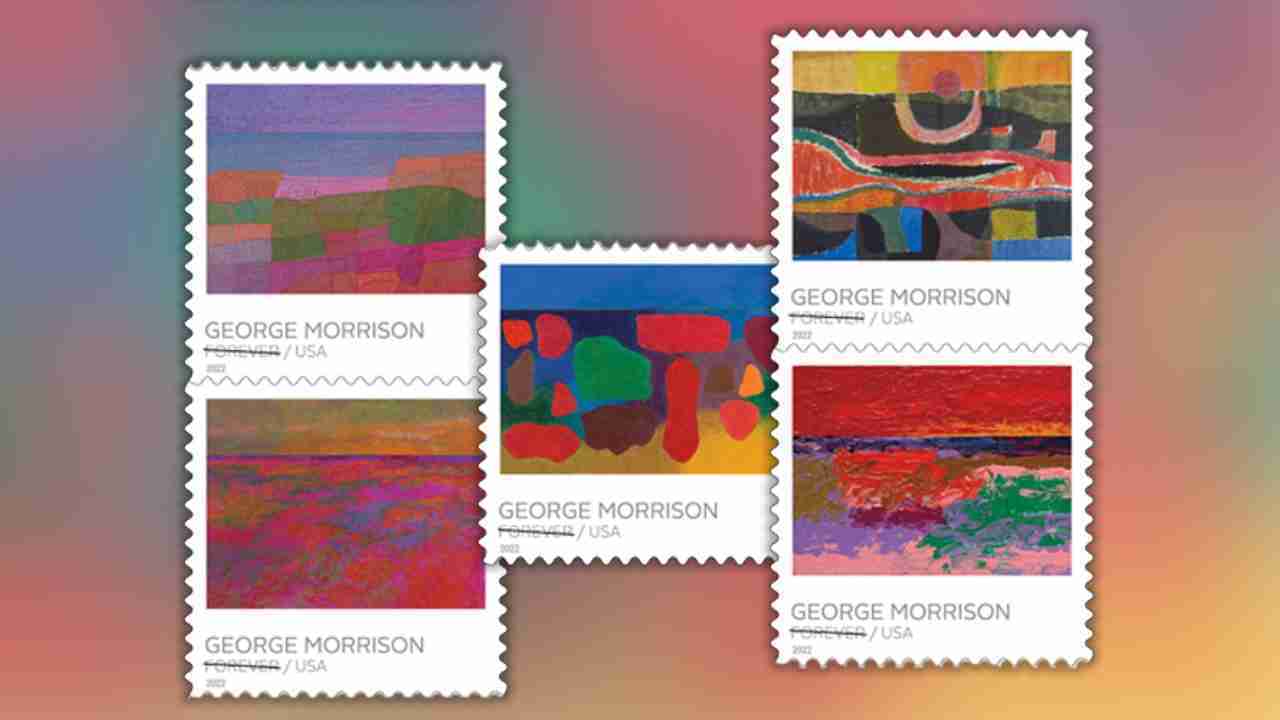 The Postal Service will release five stamps celebrating painter and sculptor George Morrison — one of the nation’s greatest modernist artists — on April 22.

His work was drawn from childhood memories of Lake Superior and his abiding connection with the natural world.

Morrison’s paintings often feature a prominent horizon line, representing the enigmatic space where sky and water meet, the boundary between known and unknown.

He repeatedly explored this concept in his work, even as he continued to refine his modernist vision and challenged prevailing ideas of what Native American art should be.

Morrison contended an artist’s identity can exist independently from the nature of the art they create.

The George Morrison stamps, featuring images of his most famous artworks, will be available in panes of 20 at Post Offices and usps.com.