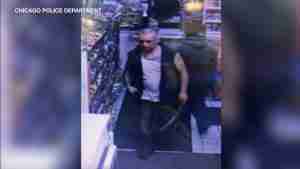 CHICAGO (WLS) — A USPS letter carrier was nearly sexually assaulted before her postal truck was stolen by an unknown man Saturday morning in Chicago’s Little Village Neighborhood, according to Chicago police.

The 28-year-old female postal worker was getting into her postal vehicle in the 2800 block of South Pulaski Road are 9:15 a.m. when she found a man hiding inside, police said.

The victim eventually managed to escape with the suspect then driving off in her postal vehicle, police said. The abandoned truck was found a short time later in the 4500 block of West Marquette Road in West Lawn.

The victim was transported to St. Anthony Hospital for non-life threatening injuries and has been released, according to USPS.

The suspect is still at large and considered to be armed and dangerous, according to USPS.