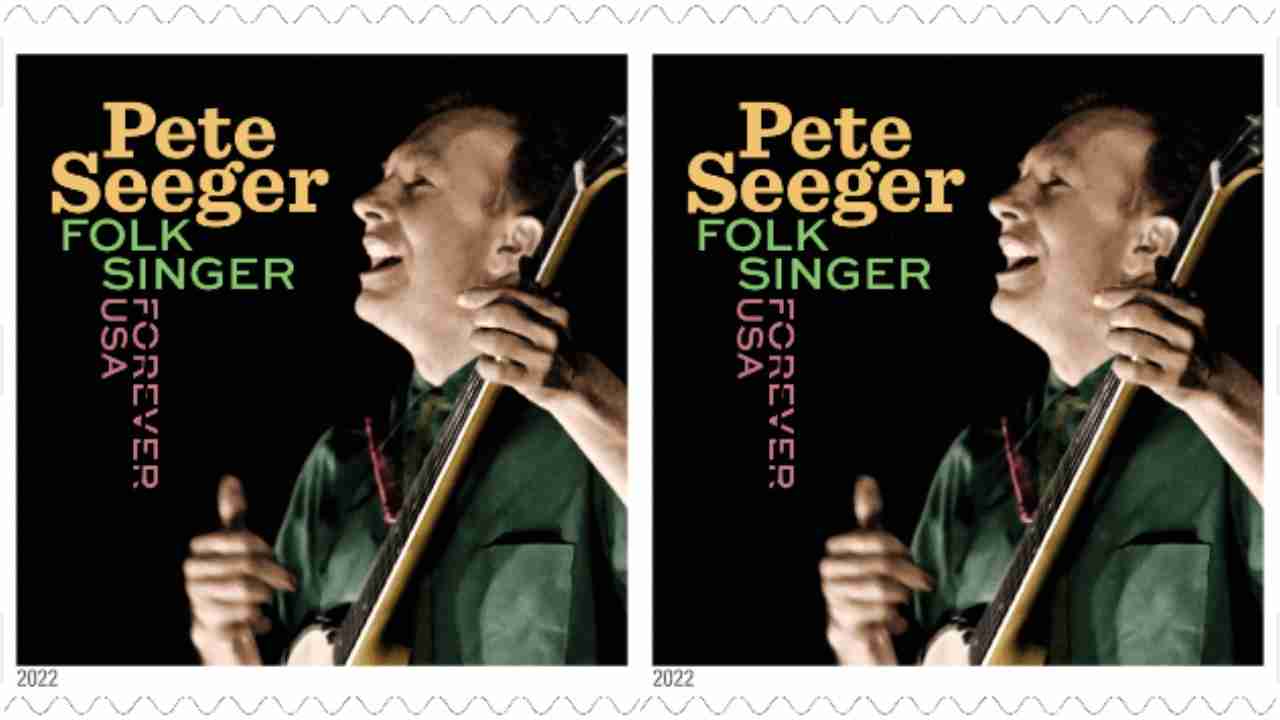 The U.S. Postal Service will honor famed folk singer Pete Seeger with a stamp as part of the Music Icon series. Seeger celebrated the unifying power of singing together and promoting the role traditional music played in addressing social and political causes.

The first-day-of-issue ceremony will be held at the Jane Pickens Theater in Newport, RI. Share the news of the stamp with the hashtag #PeteSeegerStamp.

The Peter Seeger stamp dedication ceremony will have limited tickets available. Please RSVP at usps.com/peteseegermi to sign up for tickets. The ceremony will take place at the beginning of a concert honoring Pete Seeger. Attendees must be at least 21 years old to watch the stamp ceremony and concert. Proof of identification will be required. Stamps and philatelic items will be available outside of the Jane Pickens Theater for the public to purchase.

Pete Seeger (1919-2014) promoted the unifying power of voices joined in song to address social issues. His adaptation of “We Shall Overcome” became a civil rights anthem. Led by his ringing tenor voice and emblematic five-string banjo, his sing-along concerts mixed traditional songs and Seeger originals like “If I Had a Hammer” and “Turn! Turn! Turn!” During his long career, the charismatic and idealistic performer became a folk hero to generations.