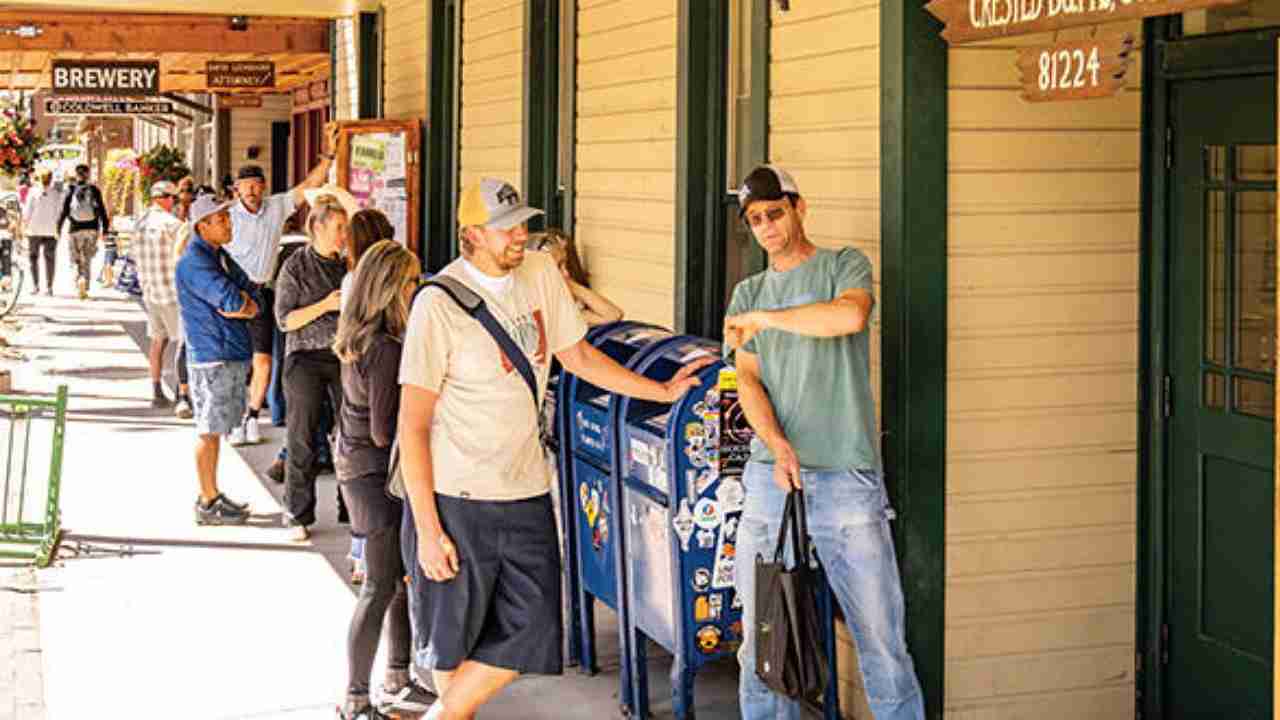 The town of Crested Butte is continuing to search for ways to help alleviate what can honestly be described as the Crested Butte Post Office cluster. A series of circumstances including being short-staffed and working in a space that is too small for the volume that comes from a growing community has resulted in regular long lines of people waiting outside the post office for literally hours to get their packages or conduct regular retail services provided by the post office.

Town manager Dara MacDonald is searching for solutions but was recently rebuffed when she asked the U.S. Post Office about its contract with Amazon.

In what may be a speed record for a USPS response, it took less than a day for MacDonald to be told she would not be given information based on a Freedom of Information Act (FOIA) request she filed. MacDonald had asked to see “a copy of the national agreement with Amazon for last mile delivery.”

She sent the request August 22 and the privacy and record management office of the USPS had a response to her dated August 23 that included the definitive statement that “in response to your FOIA, your request is denied. While you may have been informed that there is an agreement between the USPS and Amazon to deliver last mile delivery, we cannot confirm nor deny an agreement exists.”

MacDonald said it is obvious that the shift to the USPS handling so-called “last mile delivery” for Amazon in approximately 2017 has caused an overwhelming increase in parcel volume in the Crested Butte post office which is not equipped to handle the influx.

Yep they won’t release it to the various postal unions either even though it’s been filed with the PRC 2 times. They don’t want the employees to know how screwed over they got!