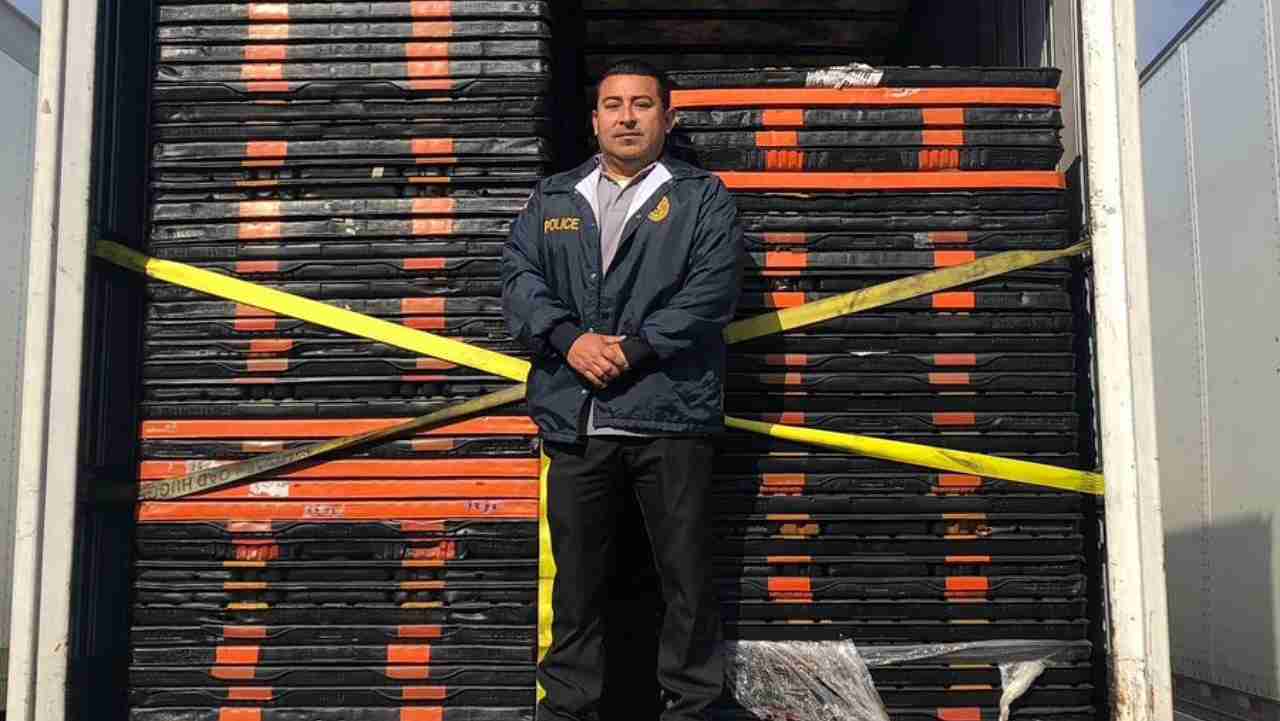 The Los Angeles postal inspector was investigating a tip about missing postal equipment when he visited a local company that had amassed a collection of roughly 11,000 USPS pallets.

“In my 15 years as an inspector, I have never, ever seen so many pallets in one place,” Bravo said.

The investigation was set in motion when Al Villasenor, transportation manager at the Los Angeles Processing and Distribution Center, passed along the tip to Bravo.

The lead was accompanied by a photo showing a few of the distinctive black-and-orange plastic USPS platforms poking out over a hillside fence.

Bravo discovered on follow-up that they were only the tip of the iceberg.

“They took no effort to hide them,” he said. “Typically, [guilty companies] try to conceal them but here, there was no effort.”

Because the Inspection Service could not determine if any criminal intent was involved, the agency opted not to file charges.

In fact, “they were kind of glad we were there,” Bravo said. “There was no pushback.”

Whatever the pallets’ provenance, Bravo could count it a good day’s work, recovering between $250,000 and $300,000 worth of USPS property.

You may be wondering: Why would anyone steal postal pallets in the first place?

Bravo explained that some companies like them because they’re so durable, and he knew of one recycling firm that shredded them and sold the results as reusable plastic pellets.

The Postal Inspection Service would like to get the word out that there is a central place to report such finds, the Mail Transport Equipment recovery hotline: 866-330-3404.

You can also email HQMTE@usps.gov with information.

Bravo believes a lot of postal workers come across such equipment every day and just don’t know how to report it. The Inspection Service has a poster with relevant information on the sorts of items that go missing and the contact information mentioned above.

“Once the tip comes out, we’ll investigate,” he said