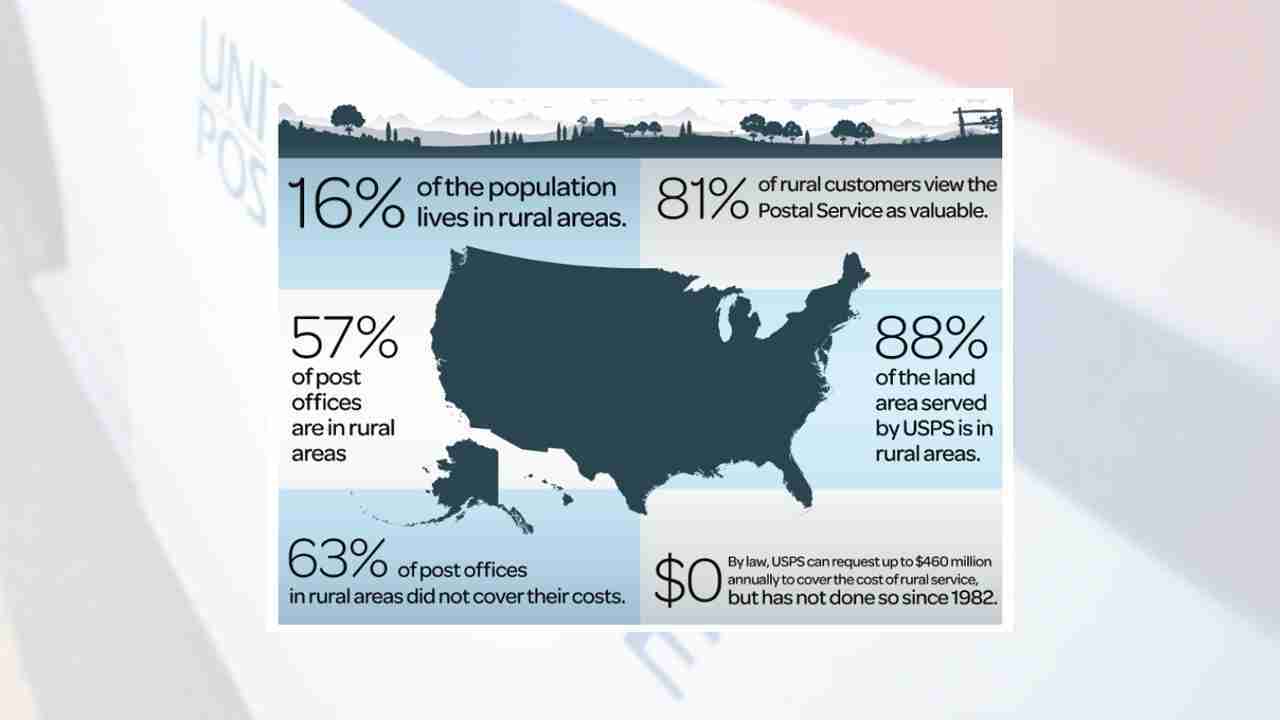 In response to the ongoing concern about postal services in rural areas, the OIG has published a series of reports on this topic. We found rural postal customers value and have a greater interest in using the mail compared to urban customers. The relative size of rural areas is important. Rural areas are geographically dispersed across the country and comprise 88 percent of the area served by the Postal Service. While people living in rural areas account for only 16 percent of the United State’s population, 57 percent of post offices are in rural areas.

Historically, when USPS made changes to its network, Congress has worked to ensure the changes do not disadvantage rural areas. For example, in 1914, in response to rural delivery running an estimated $40 million deficit, the Post Office Department considered contracting out rural delivery to the lowest bidder. Congress put a stop to this initiative due to concerns over rural customers getting a different type of postal service than urban customers.