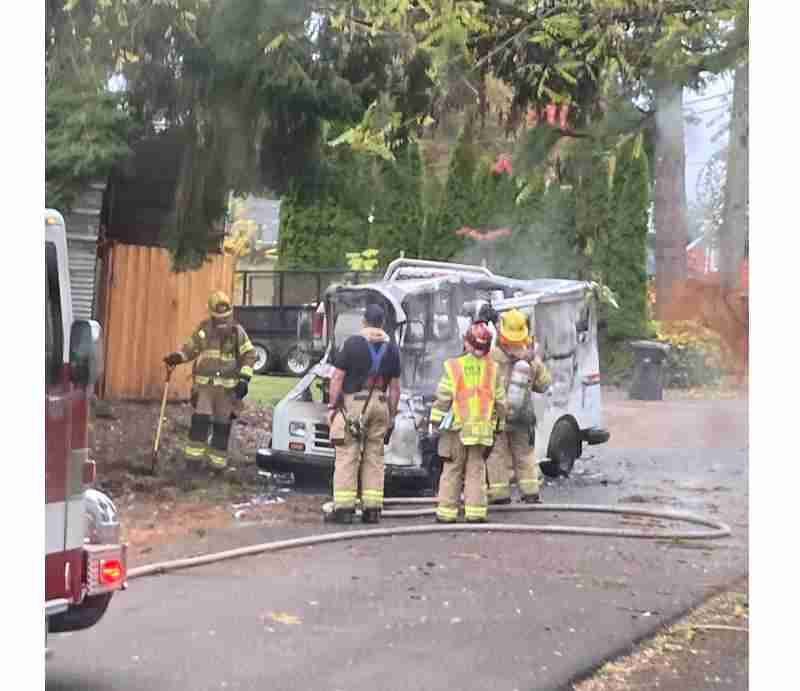 According to Tualatin Valley Fire & Rescue, a call came in around 2 p.m. Wednesday reporting the mail truck was ablaze at Cornwall and Warwick Street. A public information officer said the fire began in the engine compartment.

The mail carrier told TVF&R the truck stopped working and then he suddenly saw flames from underneath the engine compartment. The truck was a total loss, but there were no injuries.

Across the country, mail truck fires are not that uncommon. Vice News investigated the trend in truck fires last year and discovered that between May 2014 and 2020, more than 400 mail trucks had caught fire. The numbers averaged out to about one truck fire every five days, according to Vice.

The standard USPS mail trucks, also known as a Long Life Vehicle, were purchased between 1987 and 1994 and have a life expectancy of 24 years.

“Although one engineering report found occasional lax maintenance practices that may have resulted in an increase in the number of fires, the most likely explanation for the fires is that the trucks are simply too old and are deteriorating on the road,” Vice reported.