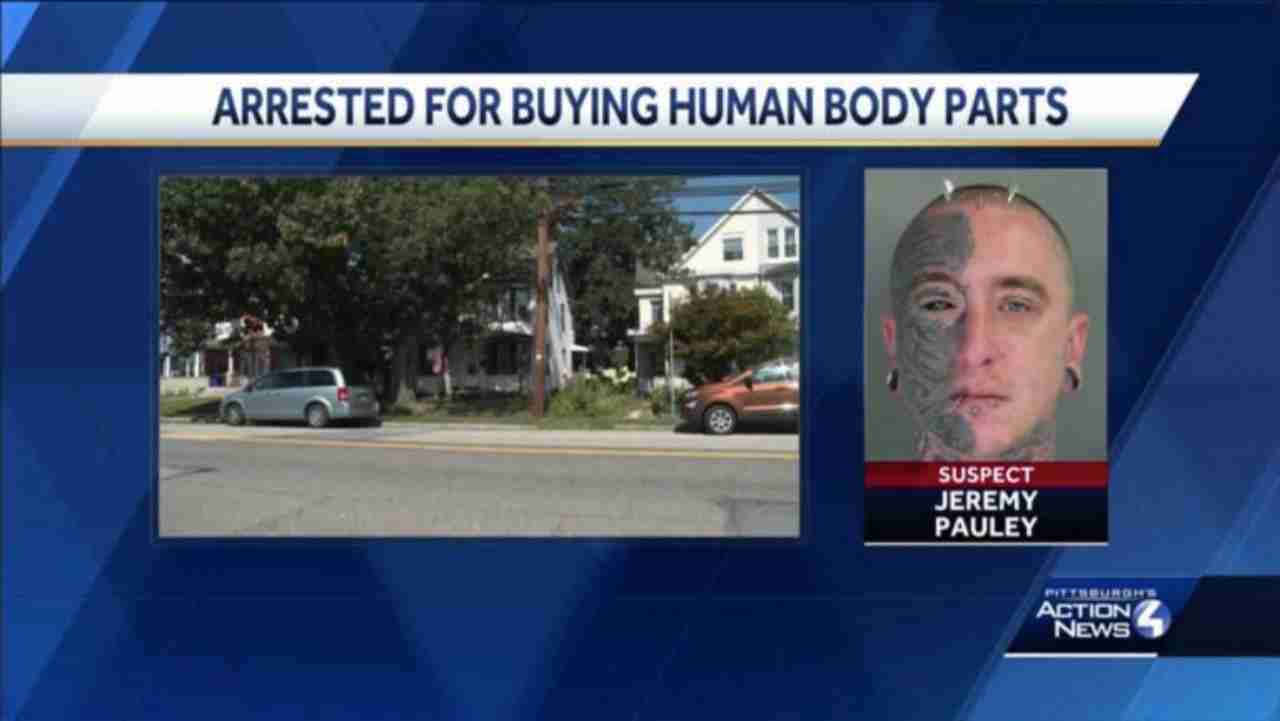 Jeremy Pauley, 40, was arrested Thursday and is charged with abuse of a corpse, receiving stolen property and dealing in the proceeds of unlawful activities.

On or around July 8, police were called to Pauley’s former home on North Enola Drive by a caller who reported finding possible human remains inside several buckets in the basement.

The district attorney’s office said that after police conducted a search warrant and seized the buckets, a forensic pathologist confirmed the remains were human body parts. According to a criminal complaint, those parts included brains, a heart, kidney, spleen, livers, lungs and skin.

Pauley purchased the remains through Facebook Messenger, according to investigators.

Police said they obtained messages that showed Pauley was attempting to purchase additional remains from a woman in Arkansas. Those items were to be shipped via the U.S. Postal Service to Pennsylvania. The district attorney’s office said the packages were intercepted in Scranton and contained human remains.

The criminal complaint alleges the woman was stealing the body parts from a mortuary in Arkansas and shipping them to Pennsylvania for sale. The human remains were determined to be the property of the University of Arkansas, according to investigators.