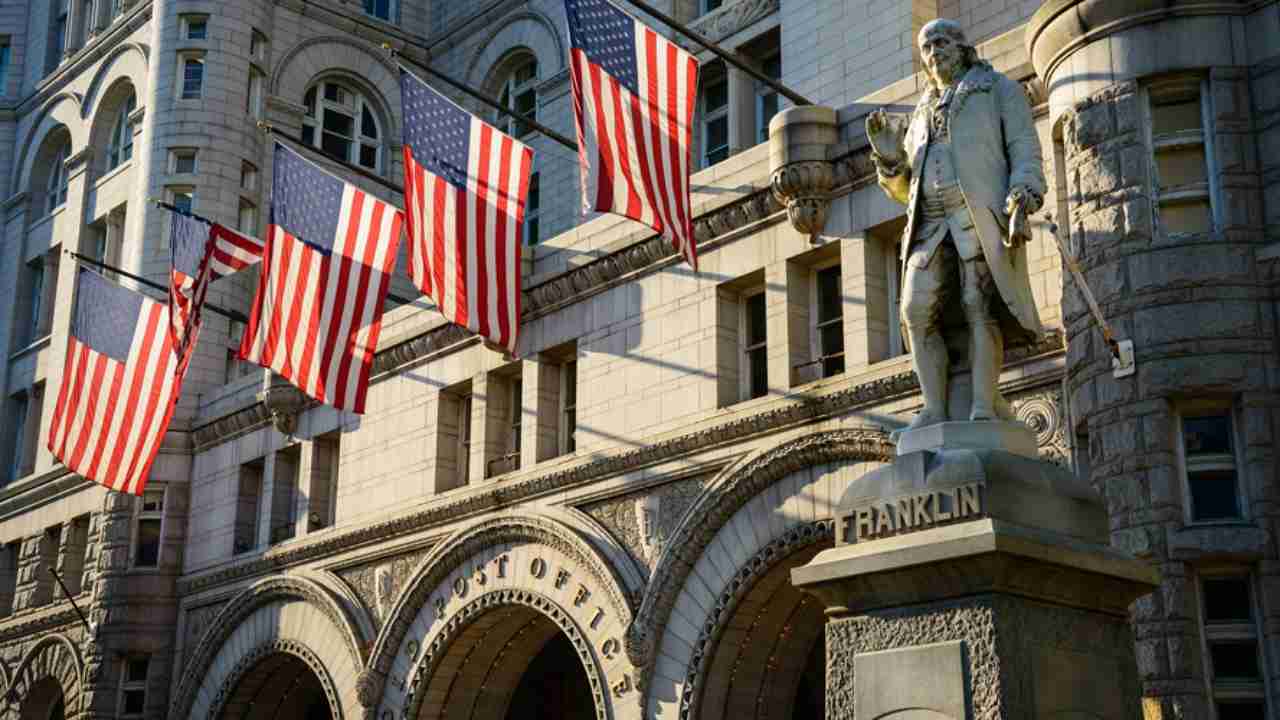 Summertime vacation season is in full swing. If you’re hitting the road this year, there’s a chance you might find lodging in a once-bustling Post Office.

The latest conversion is the Old Post Office in Washington, DC. The building, owned by the federal government and managed by the General Services Administration, formerly housed the Trump International Hotel and was recently reopened as the Waldorf Astoria Hotel.

Hilton Worldwide, based in McLean, VA, manages the hotel, which offers 263 rooms, Michelin-starred dining and a spa.

Also referred to as the Old Post Office Pavilion, the building — completed in 1899 — was a Post Office until 1914. Later, it was converted to federal office space.

Here’s a look at other Post Offices in the United States and abroad that have been converted to hotels:

• 11 Howard, New York City: Originally built in 1961 to serve as a postal storage facility, the SoHo neighborhood building was overhauled and is now a 207-room boutique hotel.

• North Branch Inn, Sullivan County, NY: The Victorian house served as the hamlet’s former Post Office and the postmaster’s family home before it was converted by new owners into five guest rooms.

• Distinction Dunedin Hotel, Dunedin, New Zealand: Originally opened in 1937 to serve as a post office, the facility was also the city’s first earthquake-proof building. The former main parcel delivery area is now the entrance to the hotel’s Parcels restaurant.

• The Fullerton Hotel Singapore: Built in 1928, the building served as the city’s post office but was converted into a 400-room hotel that features the Post Bar and a Royal Mail drop box as its centerpiece.

• 1898 The Post, Ghent, Belgium: The building’s upper floors used to serve as the city’s post office. Now many of the hotel’s 38 rooms are categorized with postal themes, including The Letter, The Envelope, The Postcard and The Stamp.