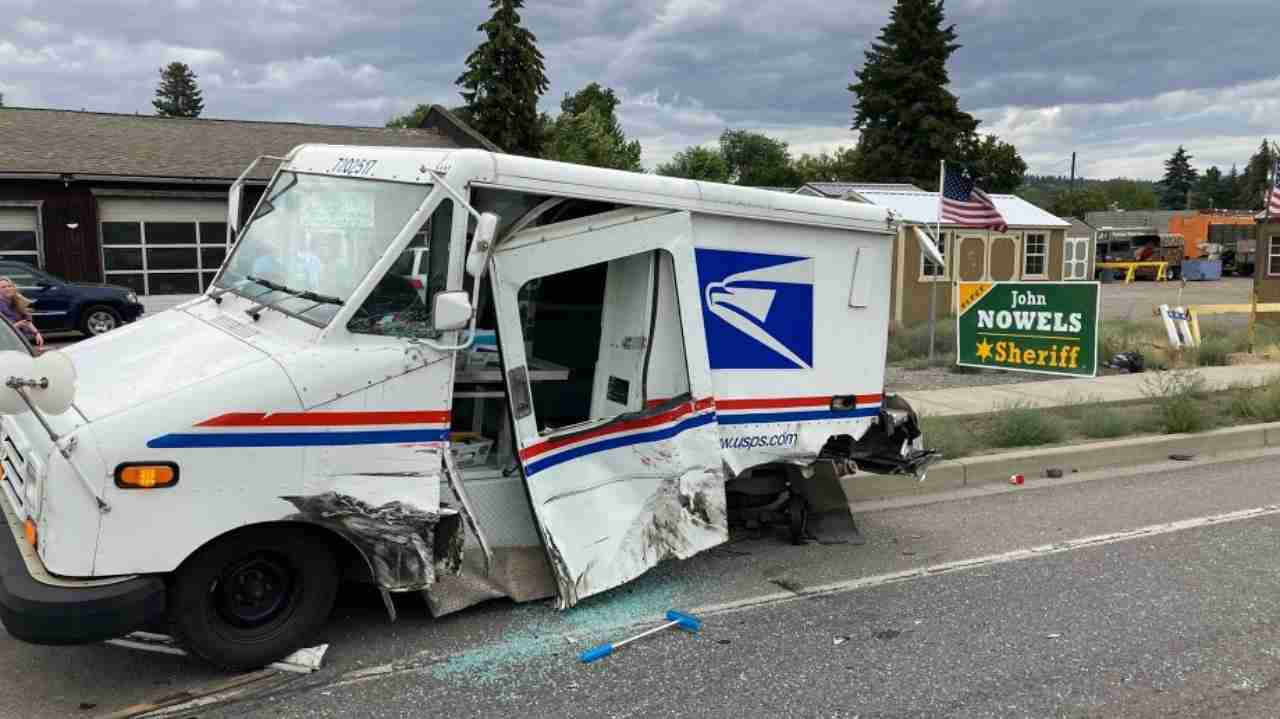 SPOKANE VALLEY, Wash. — Multiple crews were on the scene of a collision that took place near East Trent Avenue and North Pines Road.

Photos from Washington State Patrol District 4 PIO show a damaged mail delivery truck, as well as damage to a shed in the area.

WSP says the driver of the truck who caused the crash had some sort of a medical episode, causing him to be off the road to hit the mail truck and surrounding sheds. He had minor injuries and some cuts to his face, but that was it.

The mail truck driver was not injured and was told he could go home for the day. The mail driver wanted to finish his route, so they brought him a new truck and went off on his routes.