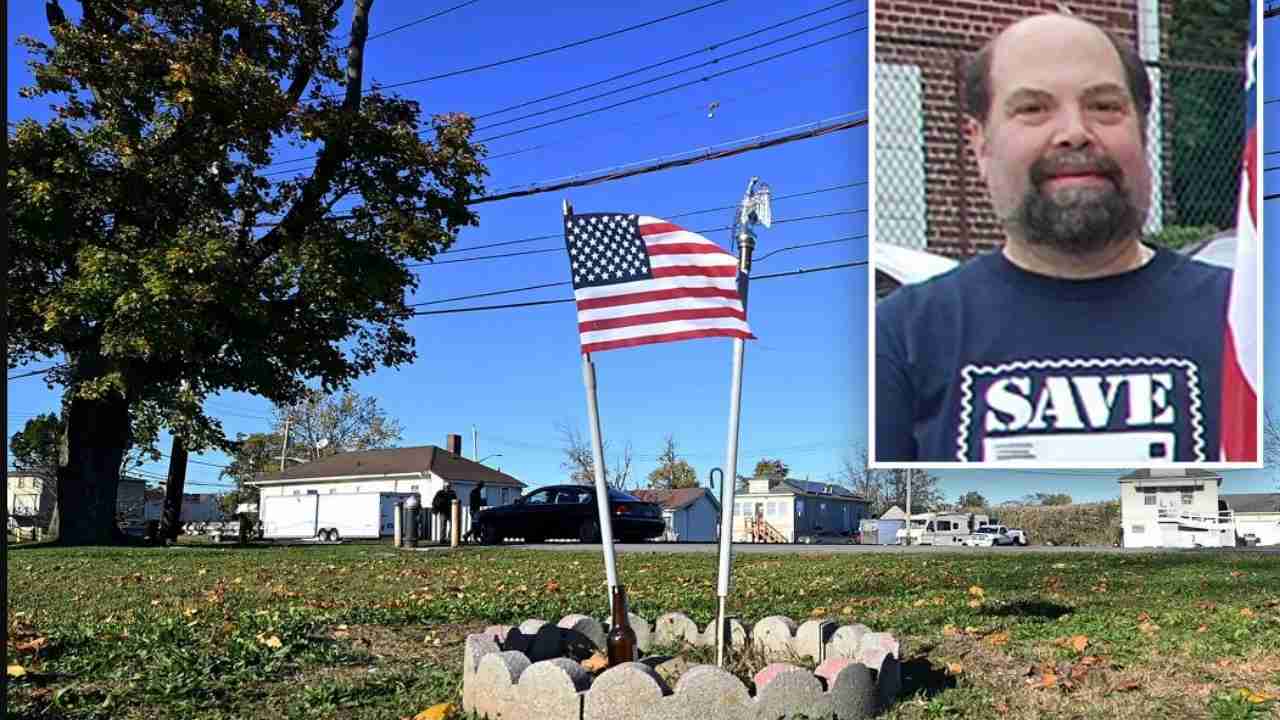 A makeshift memorial — scalloped bricks in a circle with an American Flag and eagle — is all that remains where 176 Fox Beach Ave. in Oakwood Beach — once stood.

It’s a reminder to those who remain in the block ravaged by the storm of the happy-go-lucky 53-year-old Montalto, who hosted barbecues, and family gatherings and played guitar there, according to his obituary.

“He was a great guy,” friend and neighbor Bobby Rosita, 70, told The Post this week. “Always happy, always talking. His daughters come every anniversary and put a candle [at the memorial] and hang out a little while,” the retired telephone company worker said.

Rosita, who knew Montalto “since the ’90s,” said he was with the doomed postal worker about an hour before all hell broke loose on Oct. 29 a decade ago