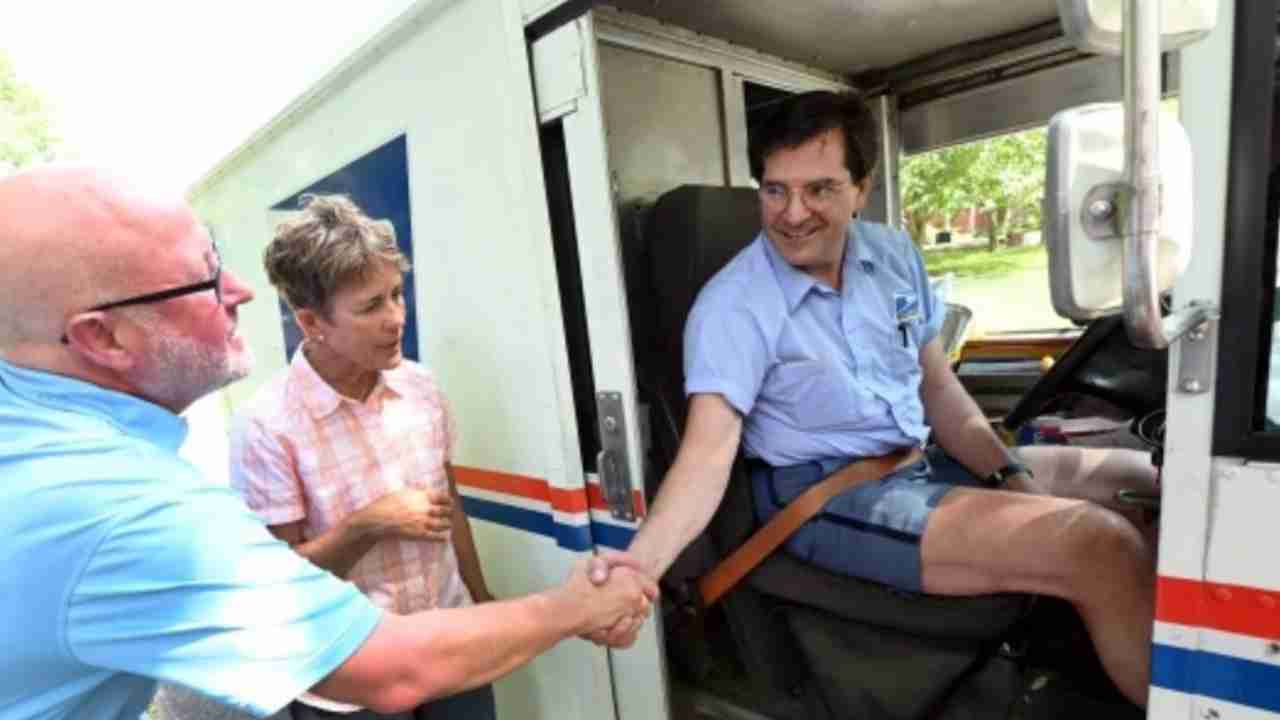 Joel Meline never dreamed of being a mailman.

In 1981, Meline was studying chemical engineering at the University of Minnesota when he ran out of money for tuition. A few days later, he spotted an ad in the Minnesota Daily for an upcoming postal carrier exam at one of the lecture halls on campus.

Meline, then 22, signed up, passed the exam and started working in the Dayton’s Bluff neighborhood of St. Paul. “I thought, ‘OK, I can make some money and go to school at night maybe,’” he said, “but then life kind of happens.”

“The best part is the customers,” said Meline, 63, of Vadnais Heights, who retires Friday after 41 years on the job. “That’s the whole point — your customers. When you’re on a route for a long time, you see kids going from kindergarten to high school and graduating. Customers are the raison d’etre. They’re the reason that we do this.”

Meline’s customers in White Bear Lake are celebrating him this week by decorating their mailboxes with balloons and showering him with notes and treats.

“He has been the best postal carrier ever,” said Kerri Kolstad, who helped organize the farewell festivities.

“He always would wave and smile and give the dogs treats. Even if he had to come to the door to deliver a package, there would always be a dog bone on it for Addie,” Kolstad said of her border collie/springer spaniel mix.

Congratulations on your retirement Joel Meline, and thank you for your service to the country and community. You will be missed by your customers and friends in the community.