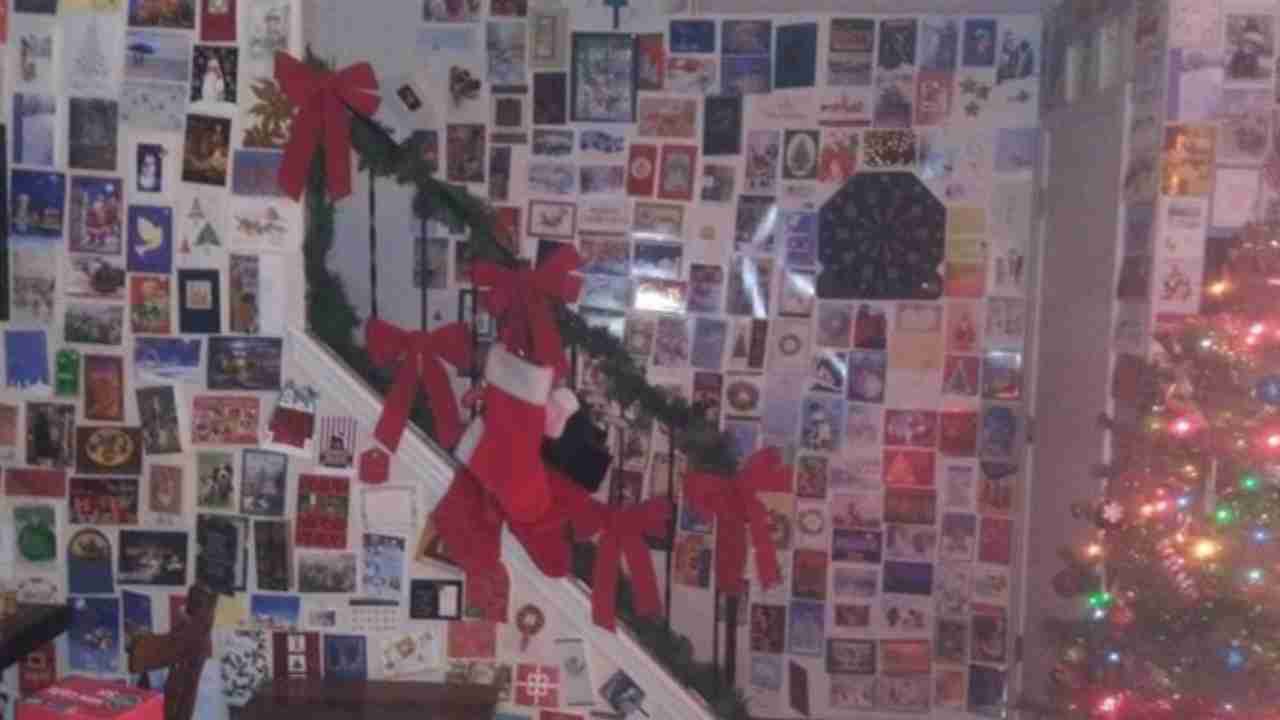 But for 26 years, Kennedy has run his route, scanning packages and filling mailboxes.

Of his tens of thousands of deliveries, some come from Kennedy himself.

“I give my customers Christmas cards,” he said.

During his time on the job, his customers have given him a few cards as well.

“I have probably over 1,000 by now, and I have three full walls in my living room covered with just Christmas cards,” Kennedy said.

Each holiday season, Kennedy fills the walls in his house with the families he served. The display takes about eight hours of work, to space out and tape up hundreds of cards. But each note and each picture serve as a reminder.

“It’s the memories because some of the people aren’t even around anymore, and I see the cards, and it makes me think of them,” he said.

His walls tell the stories of his 26 years as a mail carrier. Through the cold and the snow, those stories are sure to keep coming.