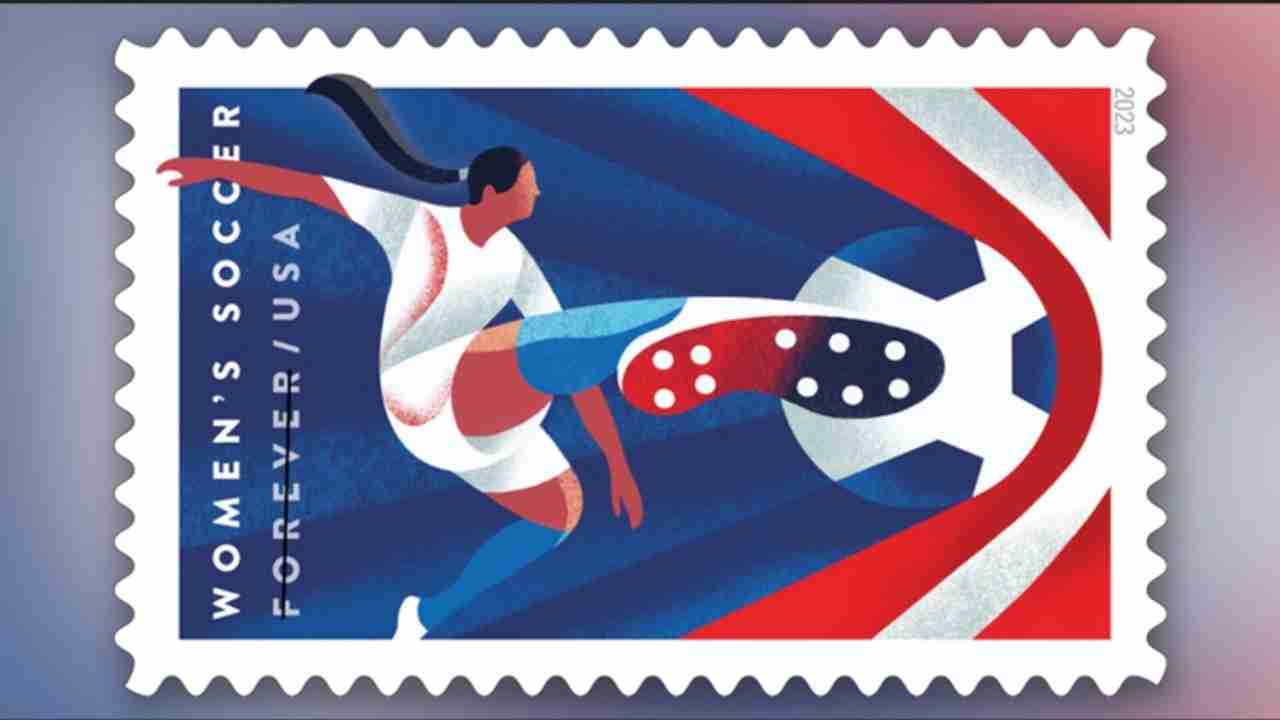 What:
The U.S. Postal Service will dedicate the Women’s Soccer commemorative Forever stamp at the SheBelieves Cup in Orlando, FL.

The stamp ceremony is free and open to the public. News of the stamp is being shared with the hashtag #WomensSoccerStamp.

Who:
The Honorable Amber McReynolds, member, U.S. Postal Service Board of Governors
When:
Thursday, Feb. 16, 2023, at 11 a.m. EST
Where:
Exploria Stadium
618 W. Pine Street
Orlando, FL 32805
RSVP:
Dedication ceremony attendees are encouraged to RSVP at: usps.com/womenssoccer.
Background:
This new Forever stamp celebrates women’s soccer in the United States. From youth leagues to the elite world champion U.S. National Team, millions of girls and women throughout the country participate in the fast-paced, competitive sport.

Soccer, also known as football internationally, is the most popular sport in the world, played by hundreds of millions of players in almost every country. In the United States, women’s soccer has gained a firm foothold in sports and popular culture. From youth leagues to the elite world champion U.S. National Team, millions of girls and women across the country participate in the fast-paced, competitive sport.

The stamp artwork depicts a female soccer player in action, striking a ball with a side volley. Conjuring the aesthetic of mid-century print design, illustrator Noah MacMillan (1988-2022) used simplified shapes and bold colors to convey the high energy and fast motion of the sport. The somewhat grainy rendering lends a timeless quality to the design, evoking not just a single all-star athlete or era, but the entire legacy of women’s soccer.