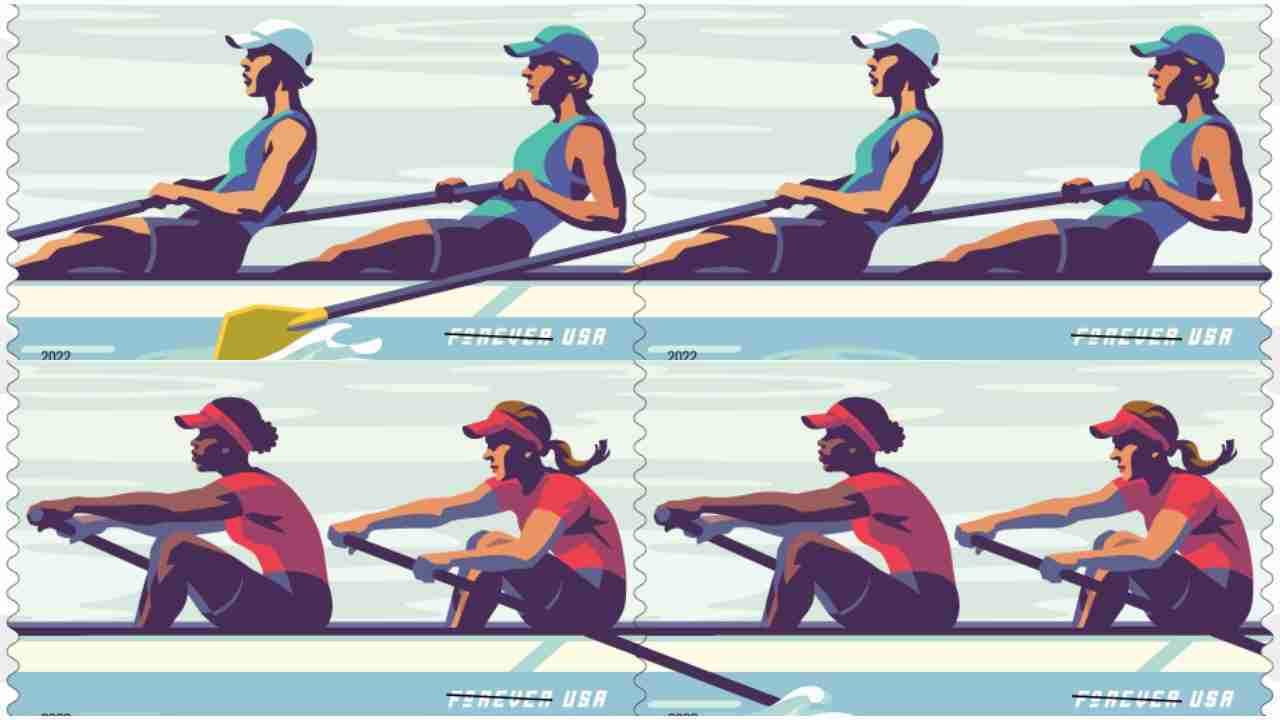 The U.S. Postal Service will commemorate Women’s Rowing with Forever stamps. The first-day-of-issue event will be held at the Philadelphia Girls’ Rowing Club.

The event for the Women’s Rowing Forever stamps is free and open to the public. Share the news of the stamp with the hashtag #WomensrowingStamps.

Attendees are encouraged to RSVP at: usps.com/womensrowing.

This issuance celebrates women’s rowing, a graceful but demanding sport in which American women have excelled.

The sports world largely excluded women until 1972, when Congress amended federal education law by adding Title IX, which prohibited gender-based discrimination in federally funded education, including athletics. Although some colleges and universities reacted slowly, women pressed them into opening up varsity sports and disbursing funding equitably.

The men’s teams at some institutions had been racing each other since the mid-19th century, and administrators could not always fathom women in such a strenuous and macho sport — until they started winning big.

The first time they competed in the Olympics, in 1976, the women’s eight-person team won bronze. The team won gold in 1984, the next games in which the United States participated. The team then began a glorious second winning streak in 2004, attaining silver that year and gold in 2008, 2012 and 2016.