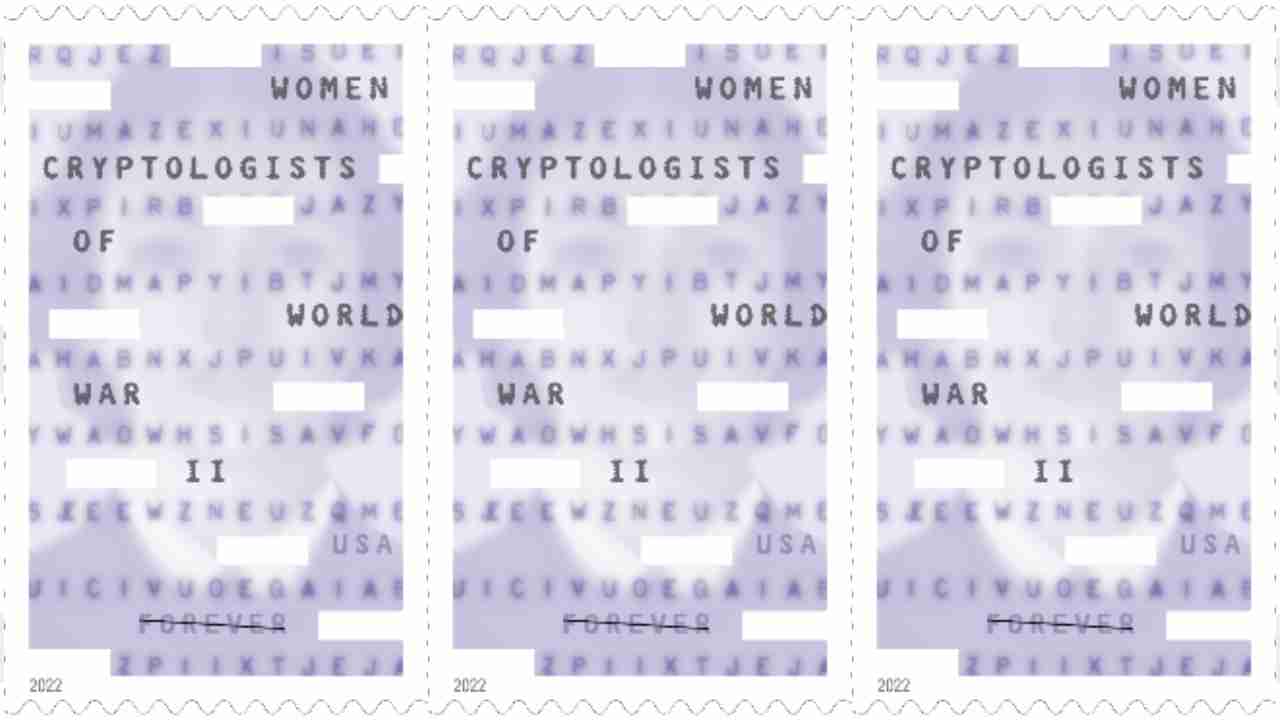 With this stamp, the U.S. Postal Service honors the women cryptologists of World War II, whose work played a significant role in the Allied victory.

The first-day-of-issue event for the stamps is free and open to the public. News of the stamps is being shared with the hashtag #WomenCryptologistStamp.

Dedication ceremony attendees are encouraged to RSVP at: usps.com/wwiiwomencryptologists.

During World War II, some 11,000 women helped to process and decipher an endless stream of enemy military messages. Both frustrating and exhilarating, their work was one of the conflict’s best-kept secrets.

These women helped break and decipher the encryption systems that revealed vital shipping and diplomatic messages, built the machines that allowed cryptologists to break encrypted messages and performed many other duties.

Today, they are widely considered STEM pioneers, whose contributions opened the door for women in the military and have helped shape information security efforts for future generations.

The stamp art features an image from a World War II-era Women Accepted for Volunteer Emergency Service, or WAVES, recruitment poster with an overlay of characters from the “Purple” code. In the pane selvage, seemingly random letters can be deciphered to reveal some key words. The reverse side of the pane discloses the cipher needed to read the words.