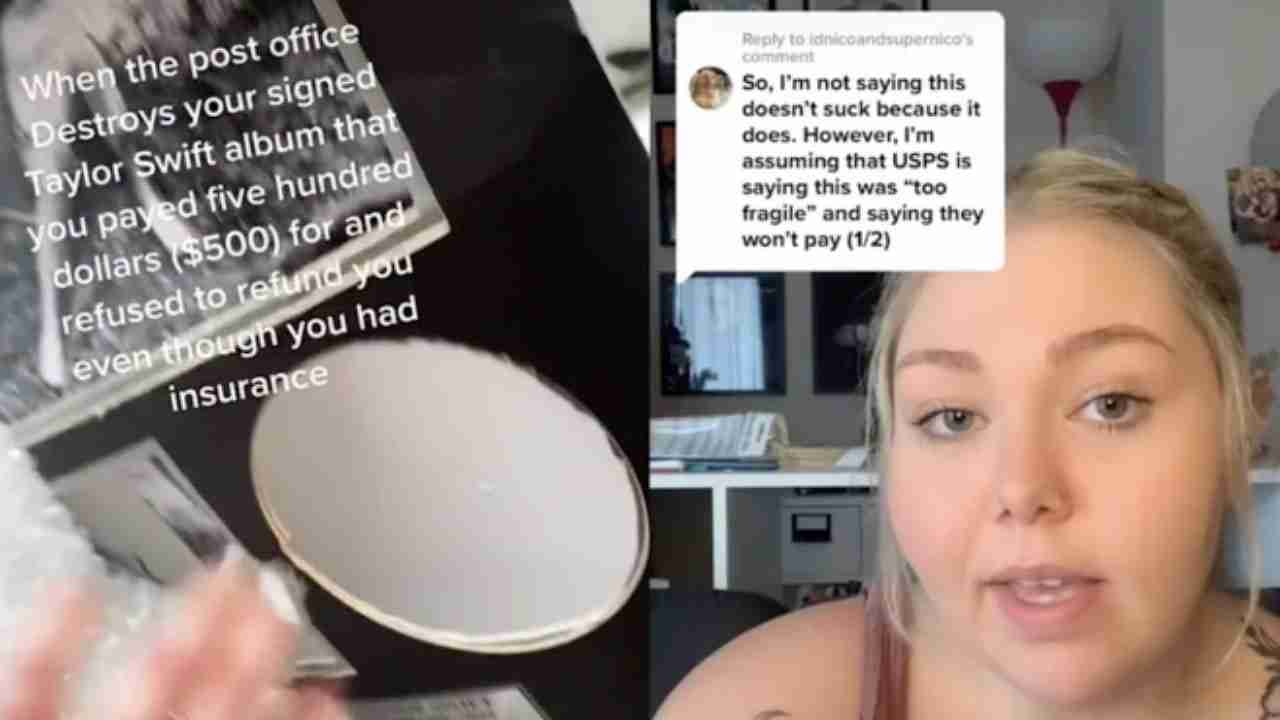 A woman is calling out the United States Post Office (USPS) for not only allegedly damaging her $500 signed Taylor Swift album, but also for ignoring her request for a refund.

In a video posted to TikTok on 24 December, Kayla Christine unboxed a collector’s item version of Taylor Swift album’s, Folklore, which could be seen with a bent frame and cracked photos.

“When the post office destroys your signed Taylor Swift album that you paid $500 for and refused to refund you even though you had insurance,” she wrote in the text over the clip.

The TikTok video has more than 2.1m views so far, with many viewers tagging Swift in an effort to get Christine a new album. “@taylorswift can you help her out her album was destroyed,” one person wrote, while another viewer said: “@TaylorSwift get this girl a new one.”