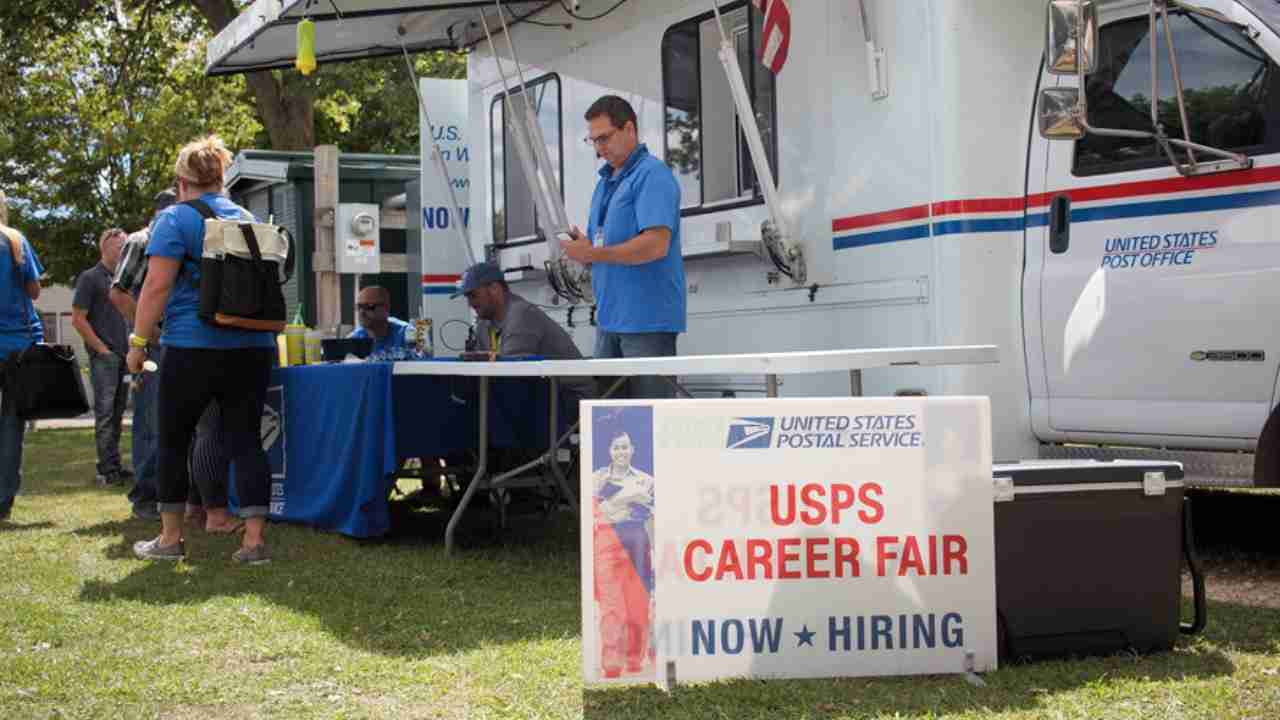 Maybe Pickles the Clown is considering a career change?

The Wisconsin District’s Job Center on Wheels made a stop at the Pierce County Fair in mid-August.

Attracting and retaining new employees is a focus of Delivering for America, the Postal Service’s 10-year plan.

Postmasters from western Wisconsin saw it as a good way to start a conversation with a varied audience on working for the Postal Service.

“The fair brings a diversity of people,” said Osceola Postmaster Jen Macknick. “This gives us a good outlet to people we don’t always see.”

St. Croix Falls Postmaster Diana Kiser said she saw the fair as an opportunity to draw people into discussions about postal careers.

“I talk with people about vacancies in my office,” Kiser said. “Or we can direct them to other team members,” depending on their circumstances, she said.

While it is too early to know if the discussions yielded any potential new hires, it is estimated that postal personnel spoke with more than 100 people during the fair.