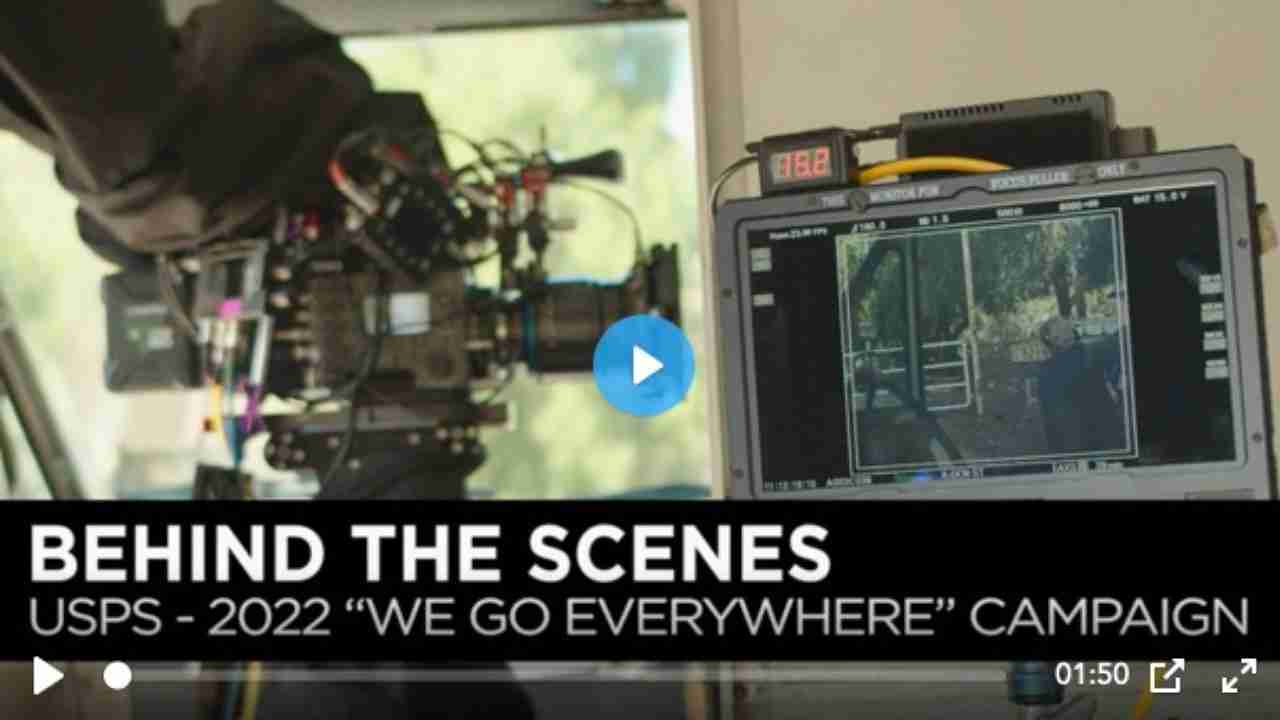 A new video takes viewers behind the scenes of “We Go Everywhere,” the USPS TV commercial that debuted last week.

Included are comments from the real-life employees who appear in the commercial, including Nancy Lee Grano, a San Diego letter carrier who is shown delivering mail during a downpour.

As the video reveals, though, Grano filmed the scene in sunny weather.

“It was kind of Hollywood magic,” she says.

The employees also comment on the Postal Service’s upcoming next-generation delivery vehicle, which appears in the ad.

This is the latest USPS advertising campaign to feature actual employees, following a casting call in the spring.

“It’s an honor to be here representing you guys,” says Raymond Mora Jr., a Fontana, CA, letter carrier. “This could be any of you.”