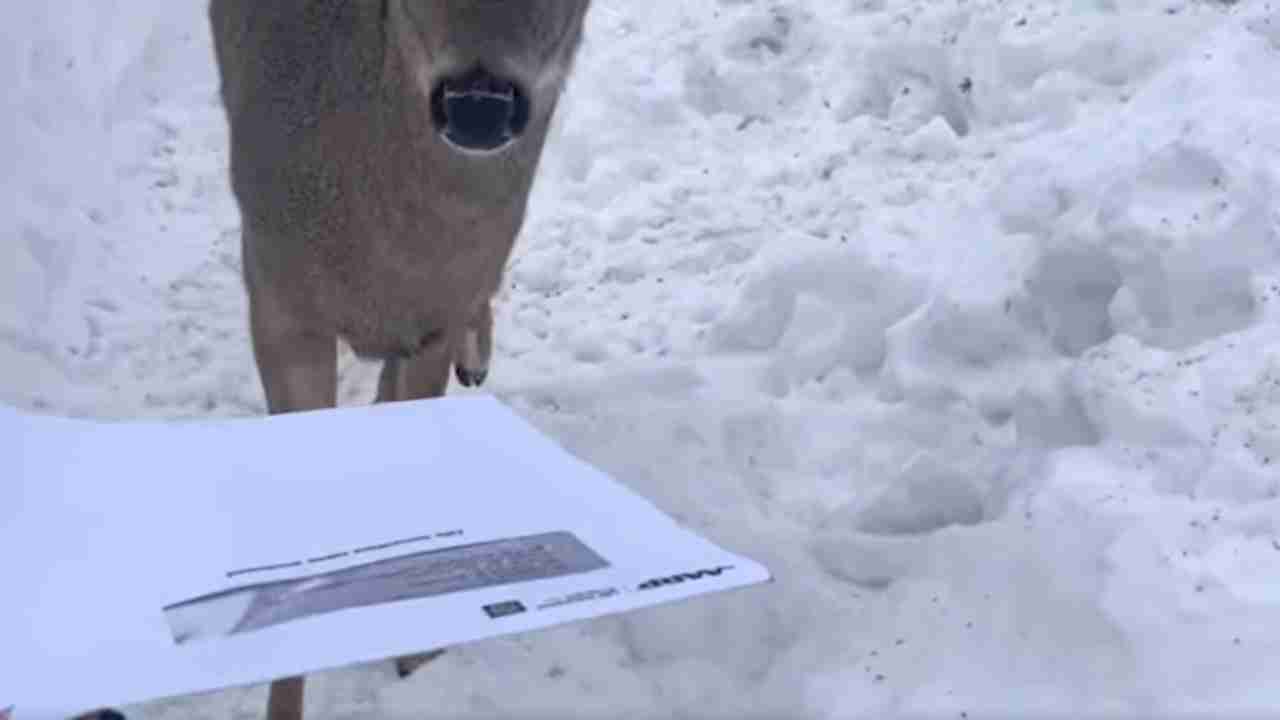 A mail carrier in Duluth was doing her normal route when she was blocked by an unusual suspect.

Fanjie Nelson was the mail carrier that ran into the deer on the homeowner’s sidewalk in what appeared to be a pretty busy part of town.

The deer was very curious, sniffing the letters that Nelson had to deliver, and almost seemed to be guarding the home as Nelson did her best to walk up to the porch to drop it off. Every step Nelson would take, the deer would take one too, blocking the path.