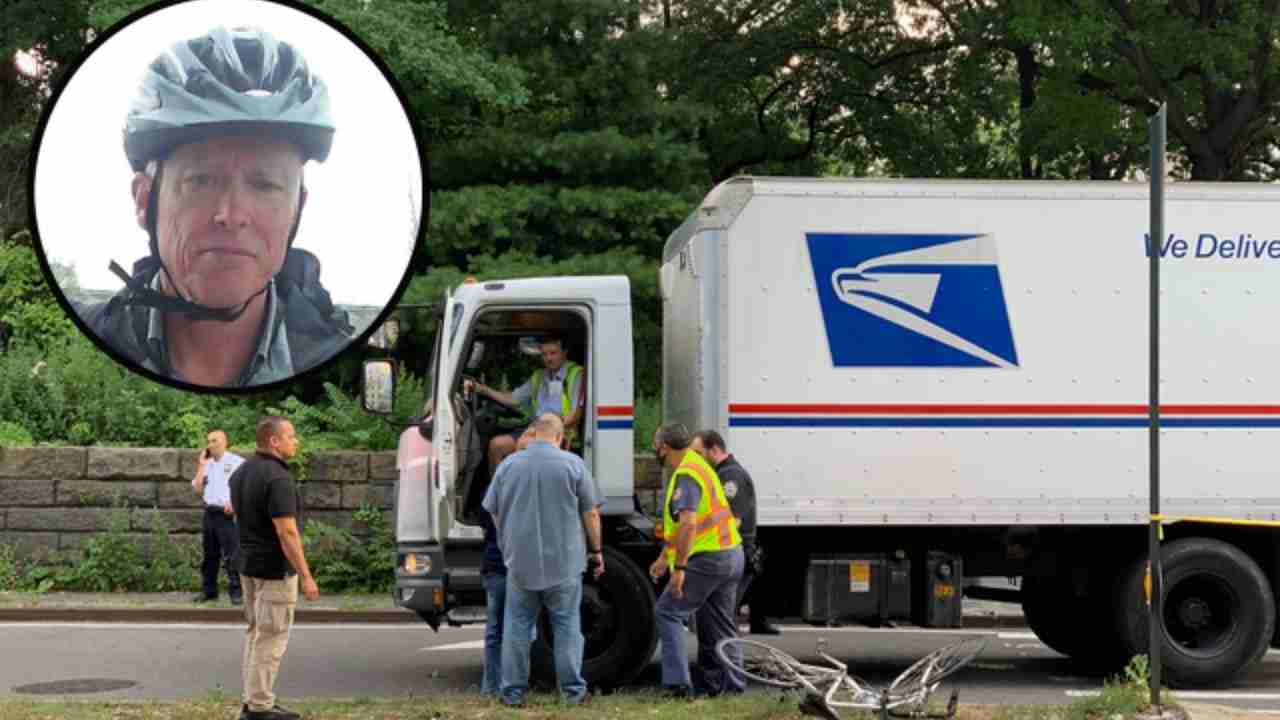 The Postal Service driver who cops say ran over and killed an Upper West Side cyclist on Central Park West earlier this year has been charged in the fatal crash, Streetsblog has learned.

Sergei Alekseev, 62, of Sheepshead Bay, is facing a misdemeanor count of failure to yield and a traffic summons for failure to exercise due care for running over and killing cyclist Jeffrey Williamson on Central Park West on June 29. He turned himself in at the Midtown North precinct house on Nov. 2, police said.

“I’m happy he was charged with something, but a misdemeanor takes almost no consideration that my husband died,” said Williamson’s widow, Christopher Brimer. “He ran my husband down with a mail truck. The charge of ‘failure to yield’ doesn’t even suggest that a man died. It’s more like, ‘Whoopsie, I guess I didn’t look.’”

According to police, both Alekseev and Williamson were moving northbound on Central Park West at around 5:40 p.m. when Alekseev slammed his 2019 Peterbilt truck into Williamson as he made a right turn onto the 86th Street transverse. Williamson was heading straight and had the right of way.