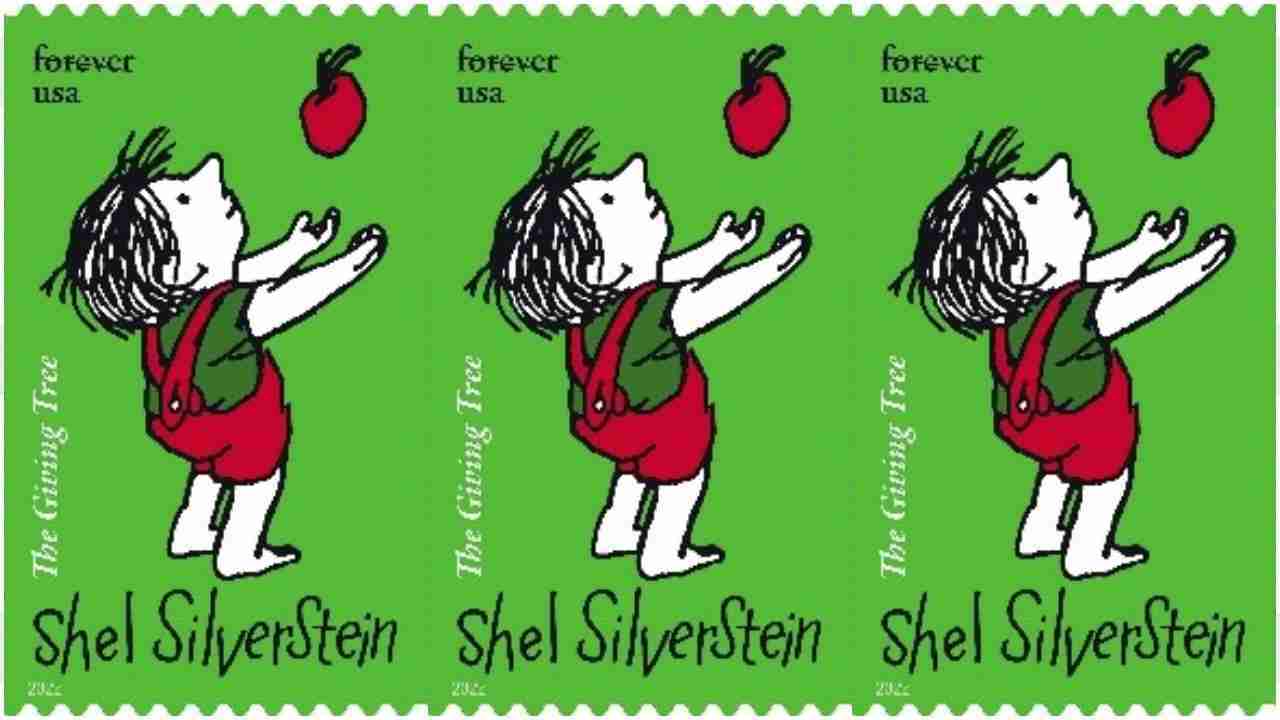 The U.S. Postal Service will honor author and illustrator Shel Silverstein with a Forever stamp featuring artwork from his book, “The Giving Tree.” The first-day-of-issue event will be held at the school Shel Silverstein attended, Chicago’s Darwin Elementary School.

The first-day-of-issue event for the Shel Silverstein Forever stamp is free and open to the public. News of the stamp is being shared with the hashtag #ShelSilversteinStamp.

Dedication ceremony attendees are encouraged to rsvp at: usps.com/shelsilverstein

The extraordinarily versatile Shel Silverstein (1930–1999) was one of the 20th century’s most imaginative authors and illustrators.

“The Giving Tree,” published in 1964 by Harper & Row, is about a friendship between a motherly tree and a boy. As the child grows older, the tree gives him its shade, apples, branches and trunk. The story ends with the boy, now an old man, returning to rest against the tree’s stump. The best-selling tale of selflessness, which is accompanied by the author’s elegantly simple black-and-white illustrations, is considered a classic of children’s literature.

Silverstein’s zany, self-illustrated books of poetry are similarly revered. “Where the Sidewalk Ends” (1974), “A Light in the Attic” (1981), “Falling Up” (1996) and “Every Thing On It” (2011) feature clever and, at times, playfully nonsensical verse that is adored by young people all over the world. Children are enthralled by Silverstein’s poetry, which is full of fantastical imagery and often deals with the joys and fears of childhood. The four distinctive collections of poetry were best-sellers. The New York Times named “Where the Sidewalk Ends” an Outstanding Book of 1974; Silverstein’s album version of the book earned a Grammy Award for Best Recording for Children.

The multi-talented Silverstein also wrote and illustrated books for adult readers. He recorded his own songs in addition to writing hits for other artists. Silverstein’s music has appeared in many films. In the 1980s, he wrote plays performed off-Broadway in New York. He died in May 1999 at his home in Key West, FL.

In 2002, Silverstein was inducted into the Nashville Songwriters Hall of Fame. Three of Silverstein’s books have been published posthumously: “Runny Babbit” (2005), a children’s story chock full of clever spoonerisms; “Every Thing On It”; and “Runny Babbit Returns” (2017). His diverse body of work, which has been translated into 47 languages, remains beloved by adults and children alike.