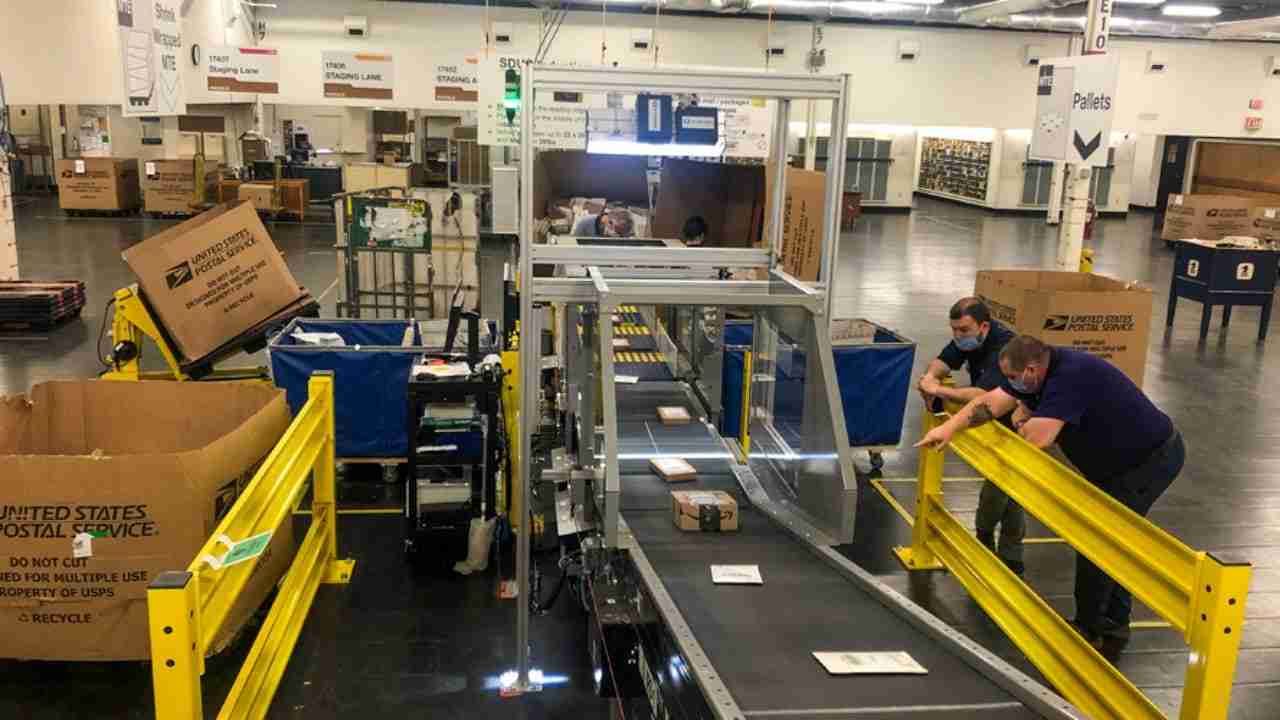 Seven small delivery unit sorter (SDUS) machines have been installed so far, with six installed in April; another 93 are slated for installation before the start of this year’s holiday season.

“The small delivery unit sorter uses the best assets of the larger mail processing equipment in a scaled-down size,” said Roxane Weaver, a full-time regular clerk at the York, PA, Post Office, where the first SDUS was installed last November.

“It’s incredible to process so many parcels in such a short time,” said Allison Klinedinst, a York postal support employee.

SDUS deployment is one component of Delivering for America, which also calls for investments in technology, training, a new vehicle fleet and the modernization of the USPS network, among other improvements.

Said York Postmaster Michael Becker: “It has been extremely exciting to see our employees embrace the small delivery unit sorter and become an essential part of the Postal Service’s modernization.”