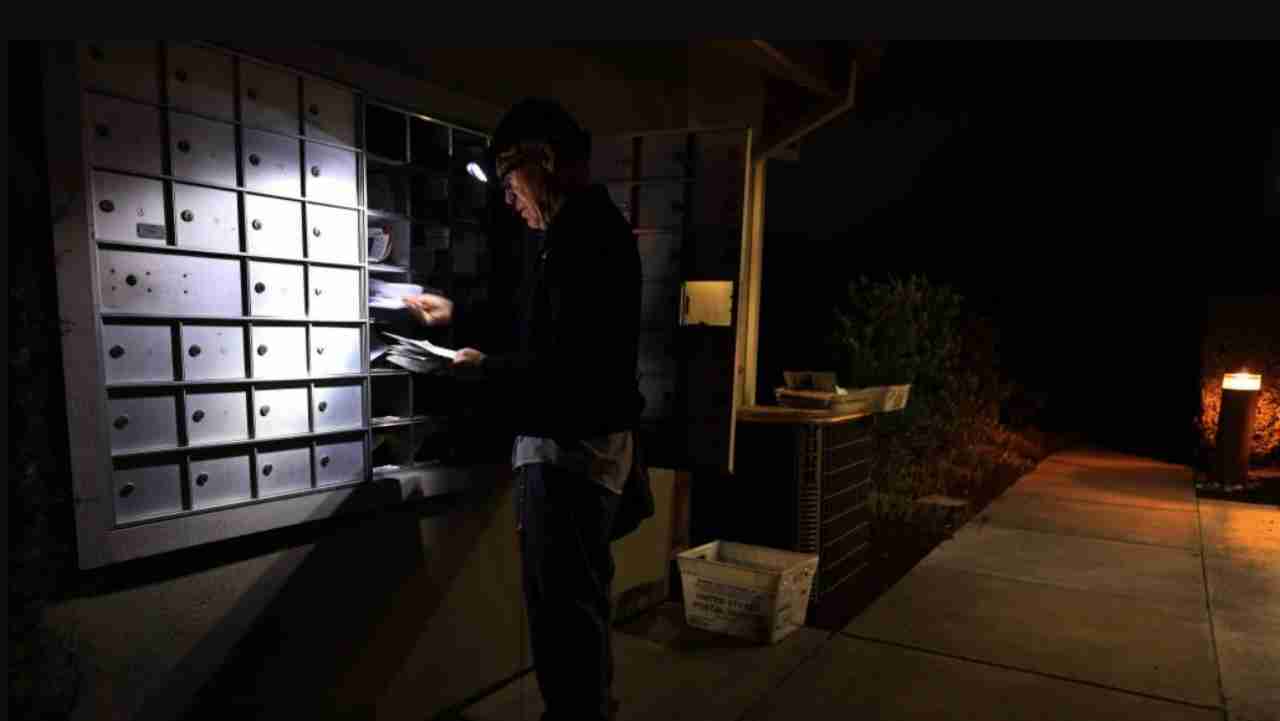 Through the light of his headlamp, Bill David, a 29-year-veteran mail carrier for the United States Postal Service, sorted through mail in a Santa Rosa apartment complex late Saturday night.

USPS mail carrier Vanessa Moran said on her Petaluma route Thursday that she works about 20 hours of overtime a week.

If you live in the Bay Area, you might have noticed these mail carriers showing up later than usual, even as late as 9 or 10 p.m.

Many carriers are, in fact, working hours past their regular eight-hour shifts to get mail out on time, USPS officials confirmed Wednesday.

During the holiday season, delivery chaos, overtime and delays are typical as the volume of packages increases as a result of blowout sales and a flurry of gift exchanges. However, it is unusual for this time of year when Black Friday is more than a month away.

The current after-hours deliveries can be attributed to a combination of factors, said Justin Hastings, a spokesperson for USPS in Northern California.

The primary reason is a worker shortage impacting the Bay Area and an increase in parcels due to earlier-than-usual holiday sales, he said