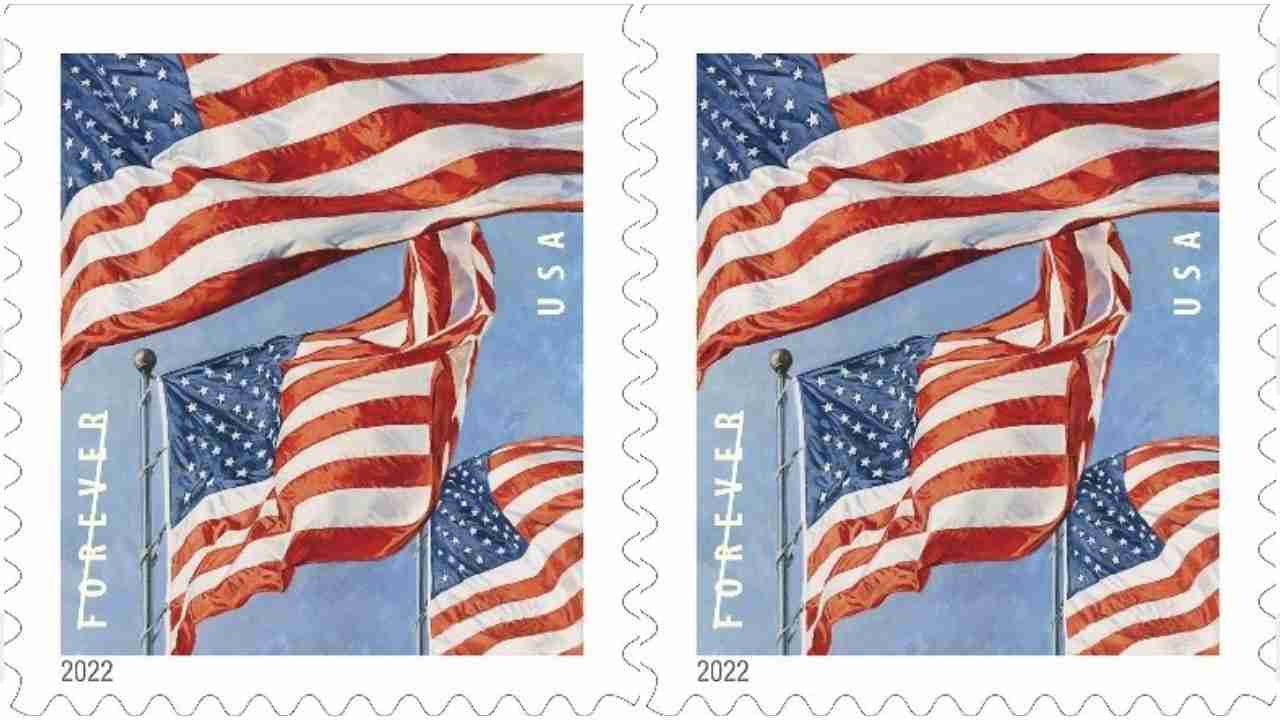 The American flag has long symbolized the strength and spirit of our nation. In 1916, President Woodrow Wilson issued a proclamation establishing June 14 as Flag Day, which Congress officially designated in August 1949. Today, the American flag remains a powerful symbol.

Reminiscent of the 50 flags encircling the Washington Monument, the three flags represented on the stamp are shown as if on poles arranged in a circular formation. The design was painted using gouache on gesso board. Using three separate photographs of the same flag taken seconds apart as reference, the images were combined into a single composition. The flags, shown from a low-angle perspective, billowing in the wind, evoke a sense of reverence and honor. Laura Stutzman was the stamp designer and illustrator. Ethel Kessler was the art director.

The American flag has many nicknames, including the Stars and Stripes, the Star-Spangled Banner, and Old Glory, and has seen many changes throughout the history of the United States. The current flag has 13 alternating red and white stripes, symbolizing the 13 colonies that declared independence from the United Kingdom and became the first states of the United States. Fifty white stars, one for each state in the union, lie in a field of blue.

Information for ordering first-day-of-issue postmarks and covers is at usps.com/shop.