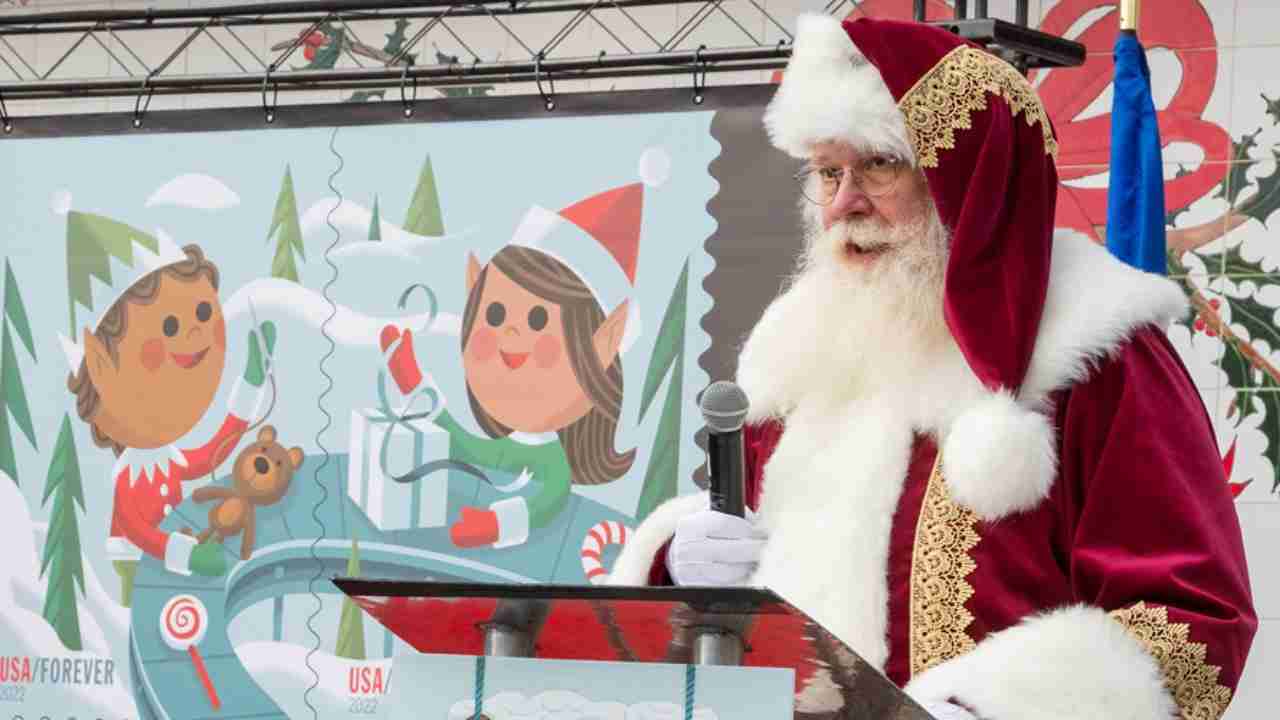 The Postal Service celebrated the release of the Holiday Elves Forever stamps at Santa Claus House in North Pole, AK.

The Sept. 15 event was held against a festive backdrop and included appearances by Santa, Mrs. Claus and their reindeer. USPS Board of Governors Secretary Michael Elston served as the dedicating official.

The Holiday Elves stamps symbolize how Santa’s little helpers are here to help throughout the holiday season and represent all holiday elves throughout the Postal Service.

“The elves have been hard at work here preparing for the upcoming season and so have the more than 650,000 Postal Service employees nationwide,” Elston said.

“The Postal Service is proud of its role delivering holiday cards and packages. We know these new stamps will make the perfect addition to holiday greeting cards,” he added.

Santa’s elves are known for making toys, taking care of the reindeer, maintaining the sleigh for the deliveries, and managing the North Pole mail room. The elves are also instrumental in sorting the letters written to Santa.

The event also served as the launch of this season’s USPS Operation Santa, which allows generous people and organizations to “adopt” letters to help Santa Claus fulfill the holiday wish lists of children, as well as some adults, who are in need.

The four Holiday Elves stamps are se tenant, which means they work as both a single scene and as individual images. Artist Don Clark sketched the design and created the final illustration digitally. Antonio Alcalá was the art director.

The Holiday Elves Forever stamps are available at Post Offices and usps.com.