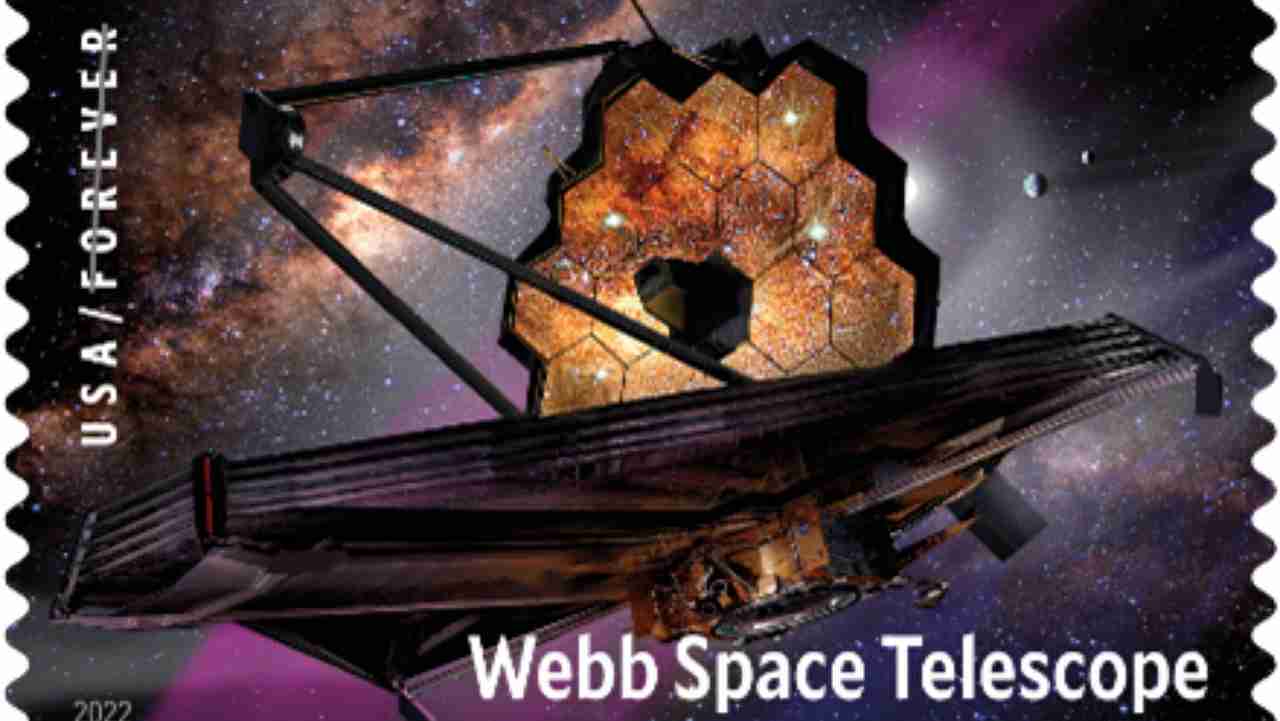 What:
The James Webb Space Telescope, the largest and most sensitive ever launched, can peer to the limits of the known universe.

Art director Derry Noyes was the designer for the stamp, using existing art by James Vaughan and an image provided by NASA/Space Telescope Science Institute.

The first-day-of-issue event is free and open to the public. News of the stamp is being shared with the hashtag #WebbTelescopeStamp.

Its gold-coated mirror segments form a 21-foot-wide lens that captures faint infrared rays from billions of light-years away that represent the universe’s first accessible starlight. Revealed is the universe in its infancy, including galaxy formation. The Webb Telescope can also analyze exoplanets for potentially life-supporting conditions and provide unprecedentedly high-resolution views of our own solar system.

The heat-sensitive telescope must operate in extreme cold. From its orbit of the sun about a million miles from Earth, it is constantly positioned above the planet’s night side, orienting its optics and instruments in perpetual shade from the sun and Earth behind its tennis-court-size solar shield.

Launched on Christmas Day 2021, the telescope represents multinational cooperation of NASA and the European and Canadian space agencies.

During the telescope’s expected five- to 10-year mission, scientists anticipate answers to age-old questions — plus introductions to new cosmic mysteries.

The image on the stamp is an artist’s digitally created depiction of the telescope against a dazzling starscape. The selvage image of a star and distant space was taken by the telescope early in its mission, brilliantly confirming the perfect alignment of the telescope’s 18 mirror segments.

The James Webb Space Telescope stamp is being issued as a Forever stamp in panes of 20. This Forever stamp is always equal in value to the current First-Class Mail 1-ounce price.

Preorders for the James Webb Space Telescope Forever stamp can be made online at usps.com/stamps beginning August 8.