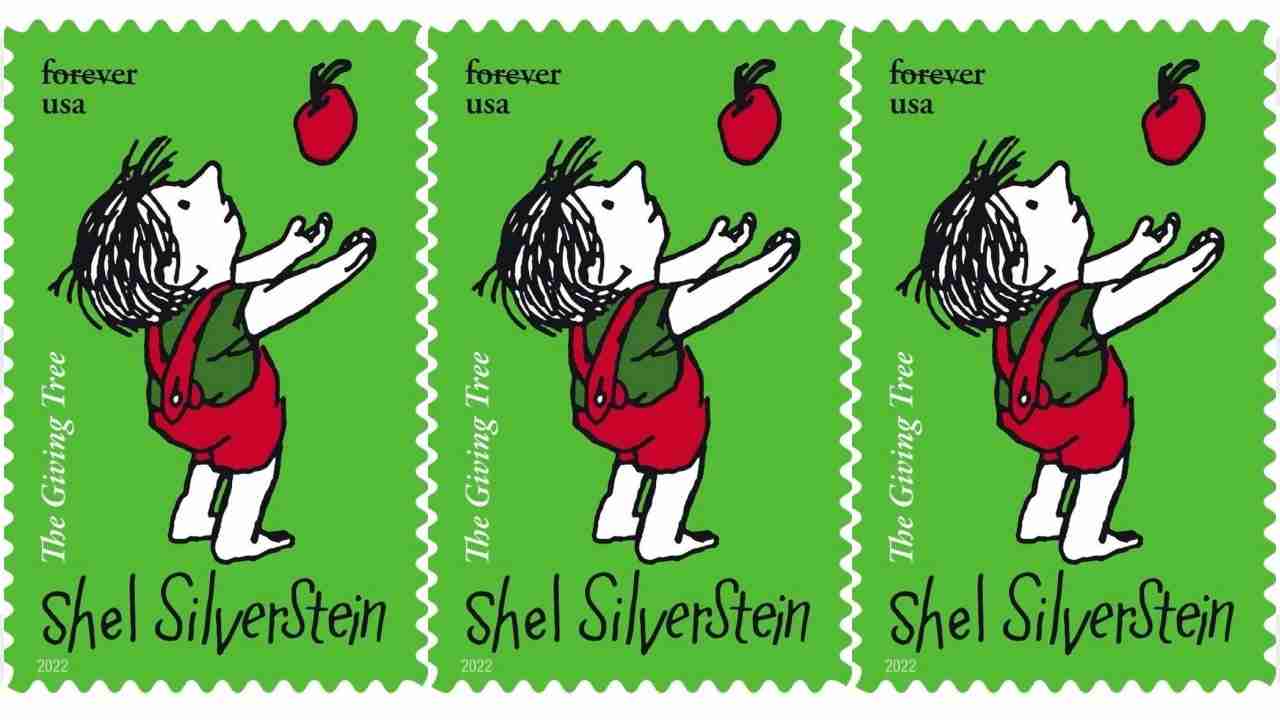 Then, in January, USPS announced it would release seven more stamps this year. Most of the designs feature nature or landmarks, but one, in particular, is stirring up as many emotions as the book it’s based upon.

The Shel Silverstein stamp is a Forever stamp with an illustration from “The Giving Tree.” Silverstein first published his children’s book telling the symbolic story of a selfless tree and the boy she loved in 1964.

The stamp shares the green background of the book’s cover, along with a deep red apple falling into the outstretched hands of a young boy in overalls. Beneath the graphic is Shel Silverstein’s name in a font that looks quite similar to his well-known signature.