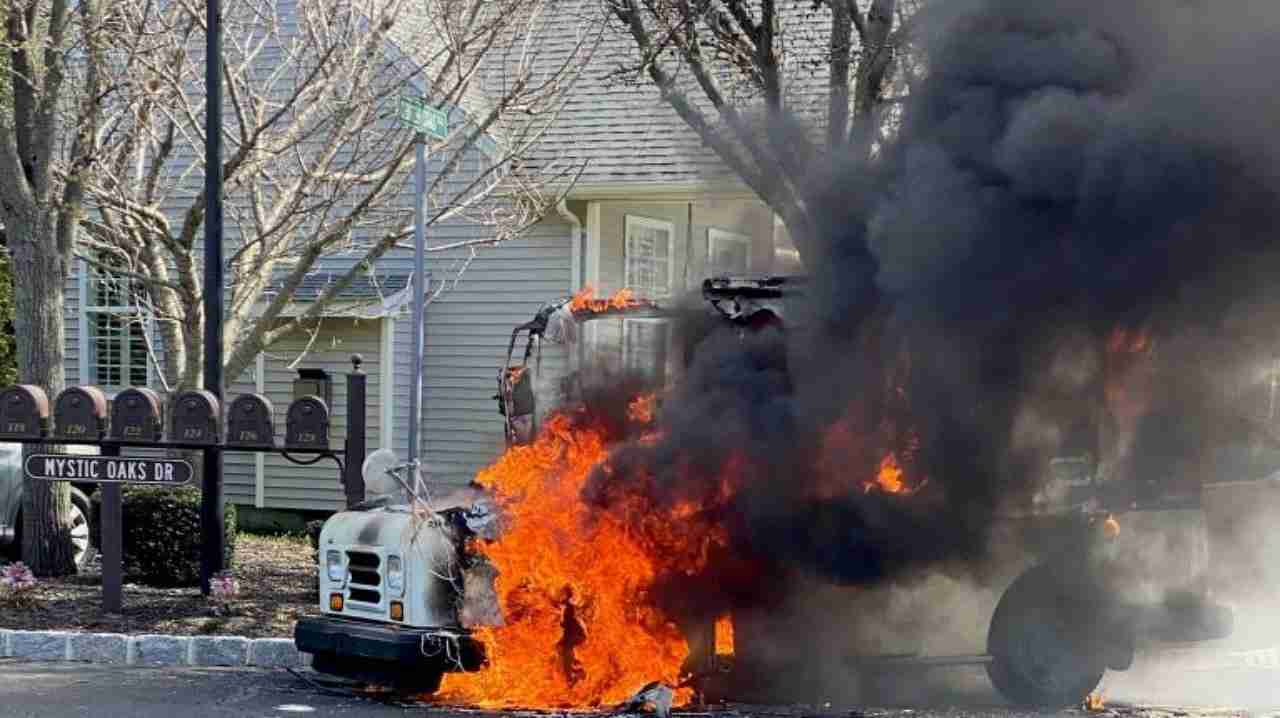 A U.S. Postal Service delivery truck burst into flames Wednesday morning in West Bay Shore, the fire destroying the vehicle and much of the mail it was carrying, Suffolk County fire officials said.
Bay Shore Fire Department Chief of Department Kevin Butler said about 20 firefighters and two chief officers responded to the scene on Mystic Oaks Drive, just north of Orinocco Drive, with three engines to find the postal truck “fully engulfed.” The fire had been reported in a 911 call to Suffolk fire officials at about 10:45 a.m.
Butler said the postal carrier was not injured in the blaze.
“The carrier said she was having mechanical issues and attempted to return to headquarters, but said the truck started smoking,” Butler said.
He said that though the fire was quickly extinguished, “they definitely lost mail,” adding: “The truck was completely demolished.”

Another hot load. Probably lithium ion batteries that were not suppose to be mailed.