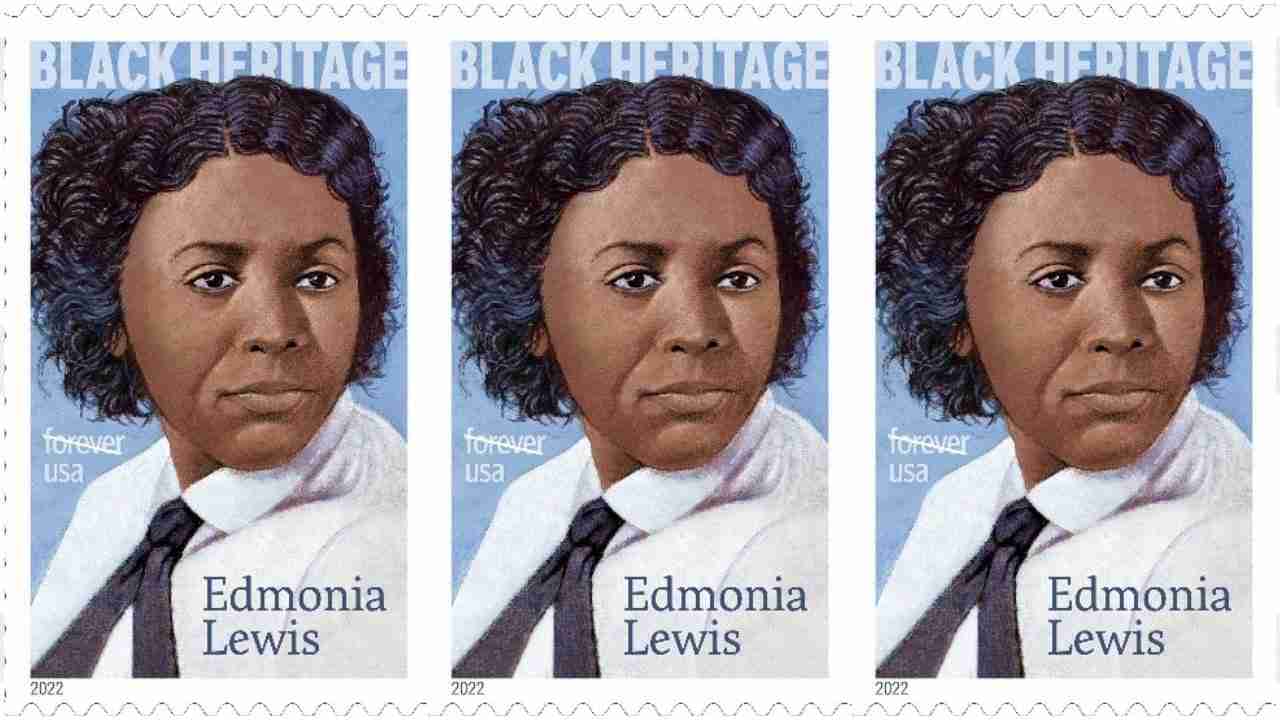 The 45th stamp in the Black Heritage series honors Edmonia Lewis, the first African American and Native American sculptor to earn international recognition. The stamp art is a casein-paint portrait based on a photograph of Lewis by Augustus Marshall made in Boston between 1864 and 1871.

The Edmonia Lewis stamp will be issued in panes of 20.

The first-day-of-issue event for the Edmonia Lewis Forever stamp is free and open to the public. News of the stamp is being shared with the hashtags #EdmoniaLewis and #BlackHeritageStamps.

Dedication ceremony attendees are encouraged to RSVP at: usps.com/edmonialewis.

Born in Greenbush, NY, Lewis spent most of her career in Rome, where her studio became a must-see attraction for American tourists. In addition to portrait busts of prominent people, Lewis’s work incorporated African American themes, including the celebration of newly won freedoms, and sensitively depicted her Native American heritage as peaceful and dignified.

A Roman Catholic, Lewis also received several religious commissions. The work she produced during her prolific career evokes the complexity of her social identity and reflects the passion and independence of her artistic vision.

As the public continues to discover the beautiful subtleties of Lewis’s work, scholars will further interpret her role in American art and the ways she explored, affirmed or de-emphasized her complex cultural identity to meet or expand the artistic expectations of her day.