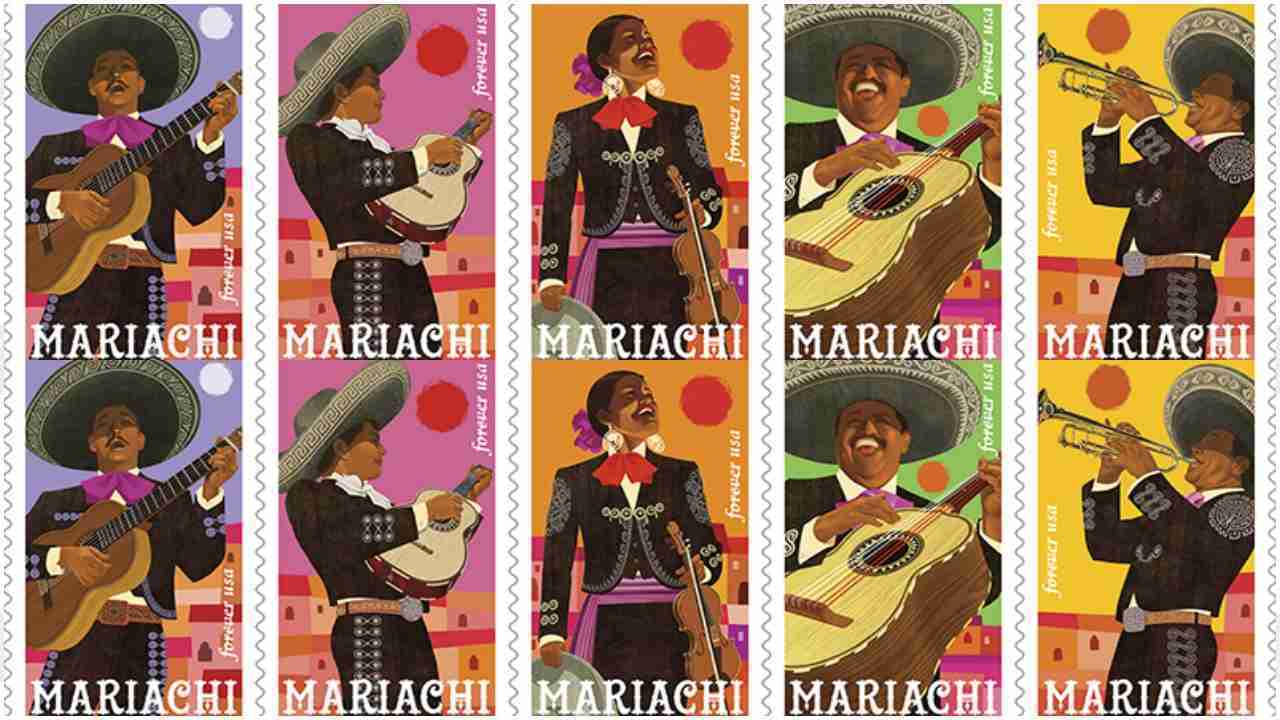 The U.S. Postal Service will celebrate mariachi, the unique traditional music of Mexico that has become deeply rooted in the United States. The first-day-of-issue ceremony will be held during the 30th Annual Mariachi Spectacular de Albuquerque.

The event for the Mariachi Forever stamps is free and open to the public. Share the news of the stamp with the hashtag #MariachiStamps.

Attendees are encouraged to RSVP at usps.com/mariachi.

Filled with passion, rhythm, and stories of life, love and loss, mariachi music is an integral element of Mexican American culture that has found fans around the world.

Mariachi musicians are immediately recognizable in their traditional costume called traje de charro or charro suit: fitted trousers adorned with silver buttons for men and full-length skirts for women, a short jacket, an embroidered belt, a wide bow tie, and a wide-brimmed hat. The music they play is meant to get audiences up and moving. The most well-known dance is Jarabe Tapatio — the Mexican Hat Dance, the national folkloric dance of Mexico. In the United States, it is performed at festivals and public concerts and in dance competitions.

Mariachi has reached a global audience through recordings, films, live concerts and television programs. In recognition of the importance of mariachi music and culture, UNESCO added them to the list “Intangible Cultural Heritage of Humanity” in 2011.

Where’s the Polka stamps for the Polish immigrants in the US?