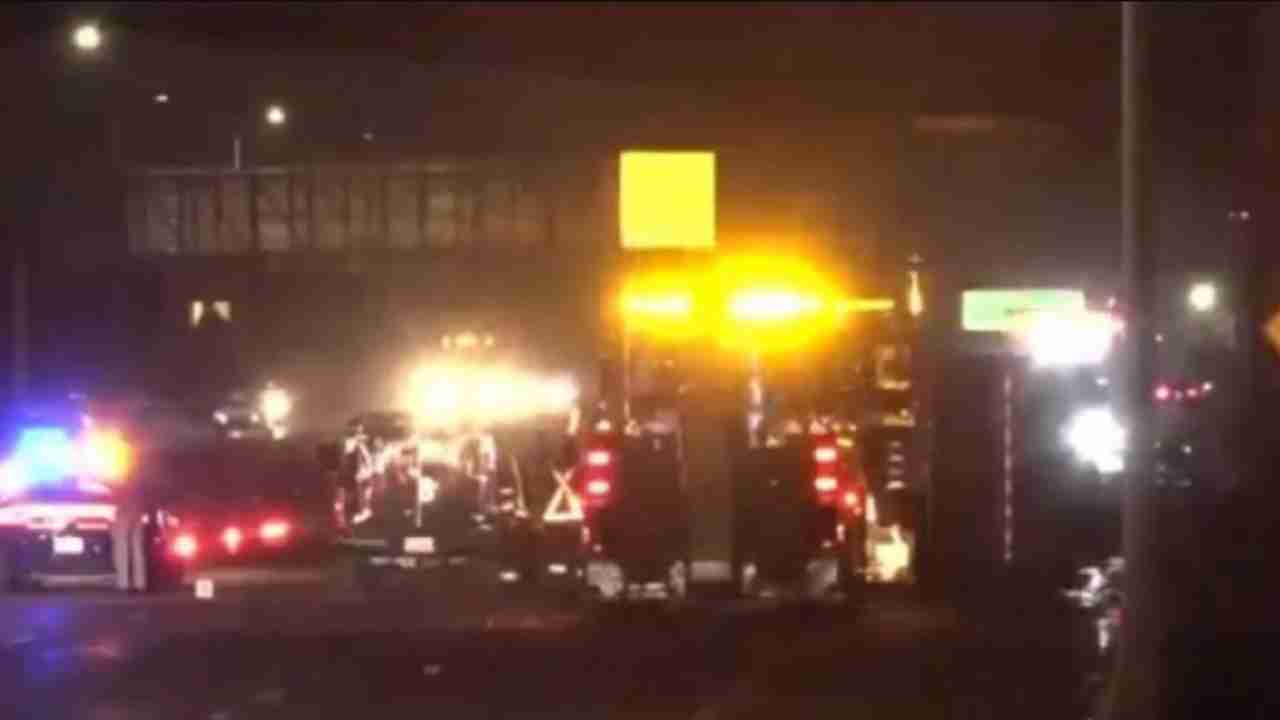 The California Highway Patrol confirmed two cars were speeding at the time of the crash when one of them crashed into the trailer, causing it to be engulfed in flames.

CHP authorities said the tractor driver died at the scene. The driver of the car that crashed into the truck was picked up by another vehicle and fled the scene, officials said.

Further details on the driver’s escape were not provided.