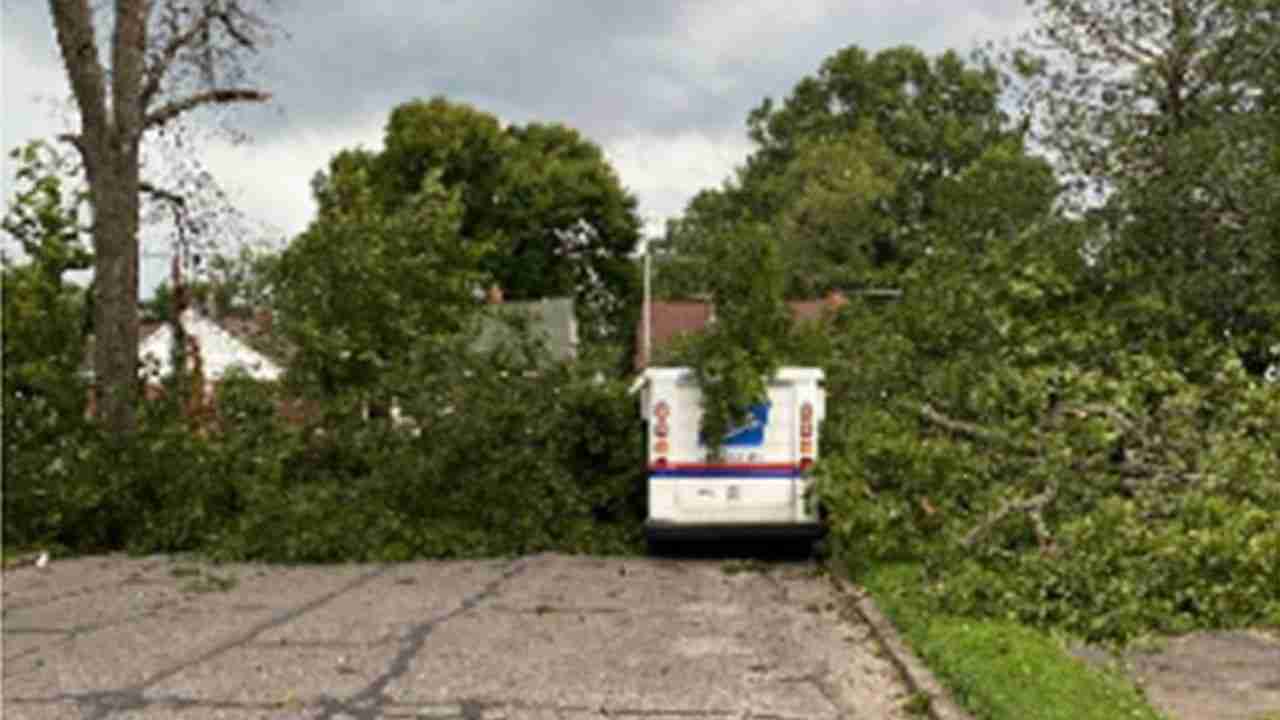 It fell on a postal truck at Parkside Drive and Madison Avenue. We are told nobody is hurt.

CenterPoint Energy reported Thursday that almost 3,000 customers were without power at one point. According to the outage map, 47 estimated customers are still waiting for their power to be restored (as of 8:30 p.m.)

Dispatchers say limbs were down in a handful of other areas in Evansville, including the 2600 block of Covert Avenue, as well as Harmony Way and Cave Avenue.