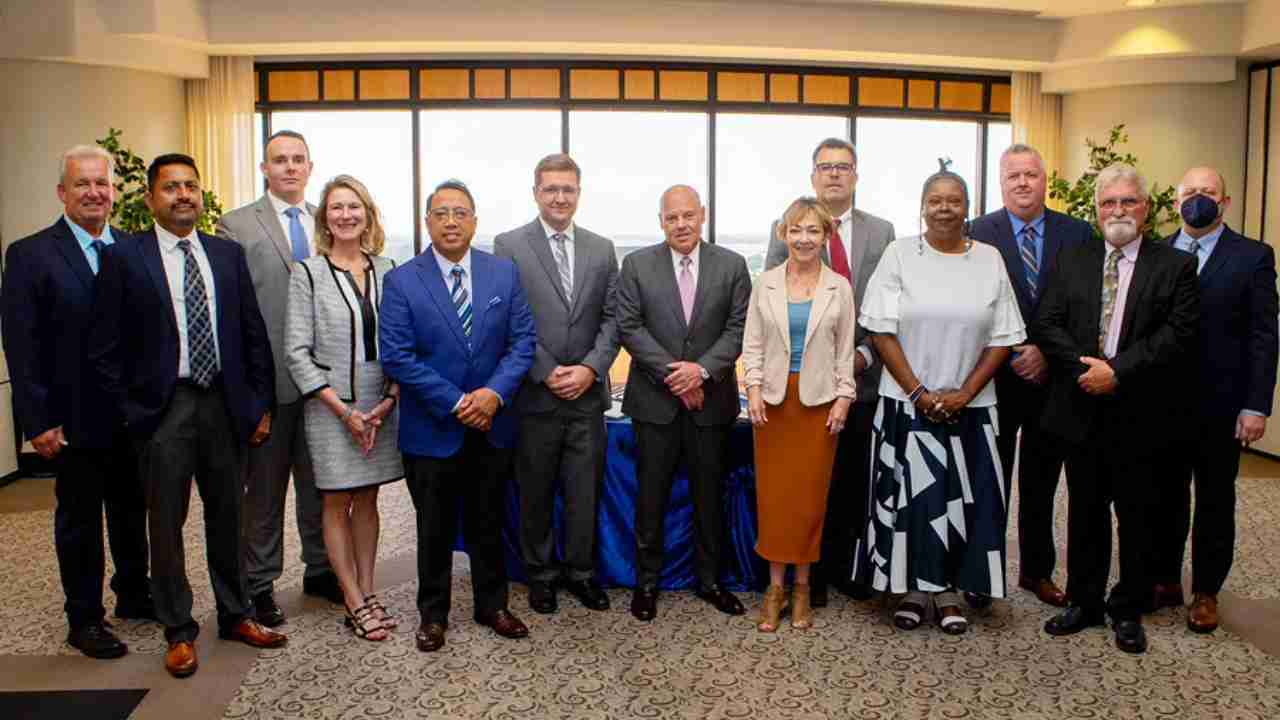 On July 14, Postmaster General Louis DeJoy broke bread with the top prize winners in the Sustainability Excellence Awards competition, toasting their effort to trim the fat from several routes between Pittsburgh and Washington, DC.

Members of the chief technology officer’s surface trip reduction team, as well as others who took part in the project, met in the Ben Franklin Room in the USPS L’Enfant Plaza headquarters building in Washington to share a meal.

They were there because the team had shut down three contract routes — pinpointed using data from the Enterprise Analytics team — and consolidated the loads onto other routes.

Their effort removed 221,889 annual miles from the USPS network and saved the organization 34,000 gallons of diesel a year — no small potatoes.

And because most of this transportation involved tractor-trailers, the move reduced the Postal Service’s carbon footprint.

The cherry on top: The elimination of contracts kept roughly $530,000 in the Postal Service’s pocket.

David Stephens, a surface logistics planning specialist team lead based in Tacoma, WA, appreciated the opportunity to meet with DeJoy.

“The PMG shared the vision of making our network more efficient and structured. He thanked us for our efforts to reduce greenhouse gases and stressed that a lot more needs to be done,” Stephens said.

All told, the Logistics department trimmed 20 million miles for USPS in fiscal year 2021 — a savings of $56 million.

This is a commendable achievement assuming customer service wasn’t sacrificed. My question is how did all this fat get there in the first place? What’s being done to prevent it in the future,