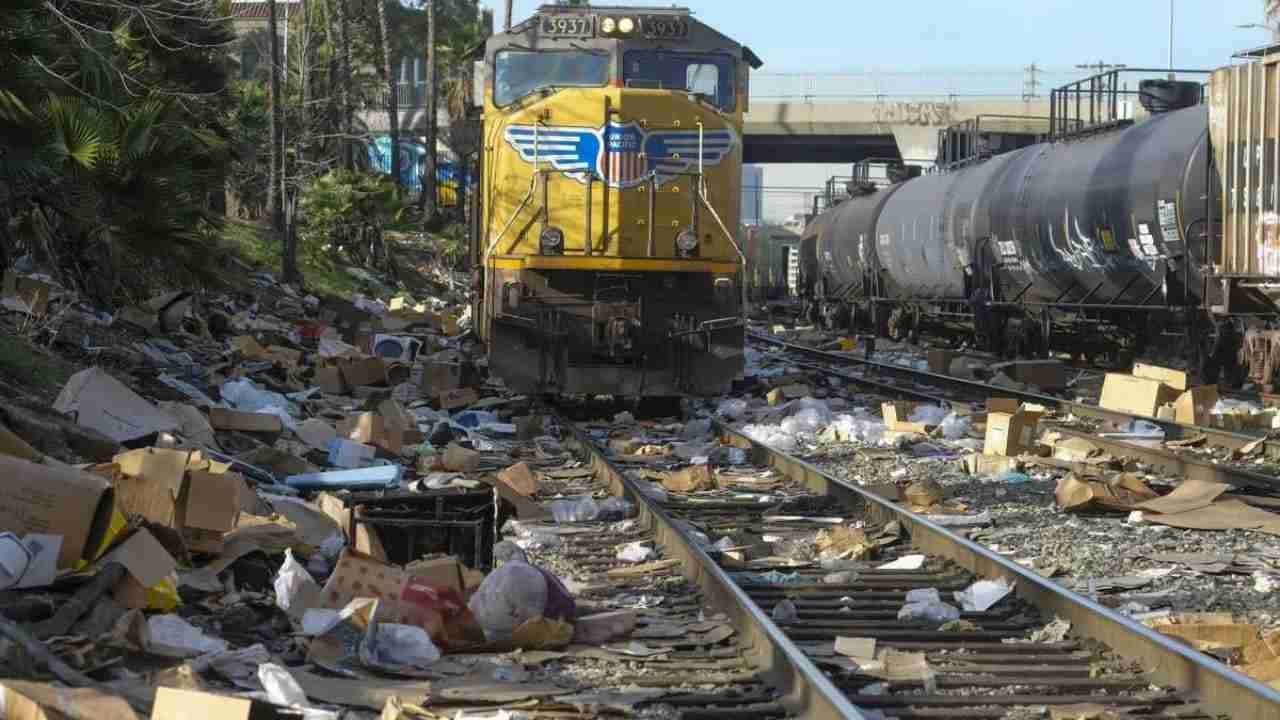 LOS ANGELES (CBSLA) – A section of the Union Pacific train tracks in downtown Los Angeles has been littered with thousands of shredded boxes, packages stolen from cargo containers that stop in the area to unload.

Thieves have been raiding the cargo containers, taking packages that belong to people from all over the country from retailers like Amazon, REI and others.

The refuse left behind, like home COVID test kits, are items that the robbers did not want or did not think were valuable enough to take.

Sources told CBSLA that the locks Union Pacific uses are easy to cut, and officials with the Los Angeles Police Department said they don’t respond to reports of a train robbery unless Union Pacific asks them for help, which they said is rare.

While CBSLA was on the scene with cameras, one person was seen running off with a container used to hold smaller packages, and a Union Pacific officer was spotted chasing after two other people who appeared to be rifling through packages.

Looks like the wild wild west has returned. Serious consequences need to be imposed on all crimes!