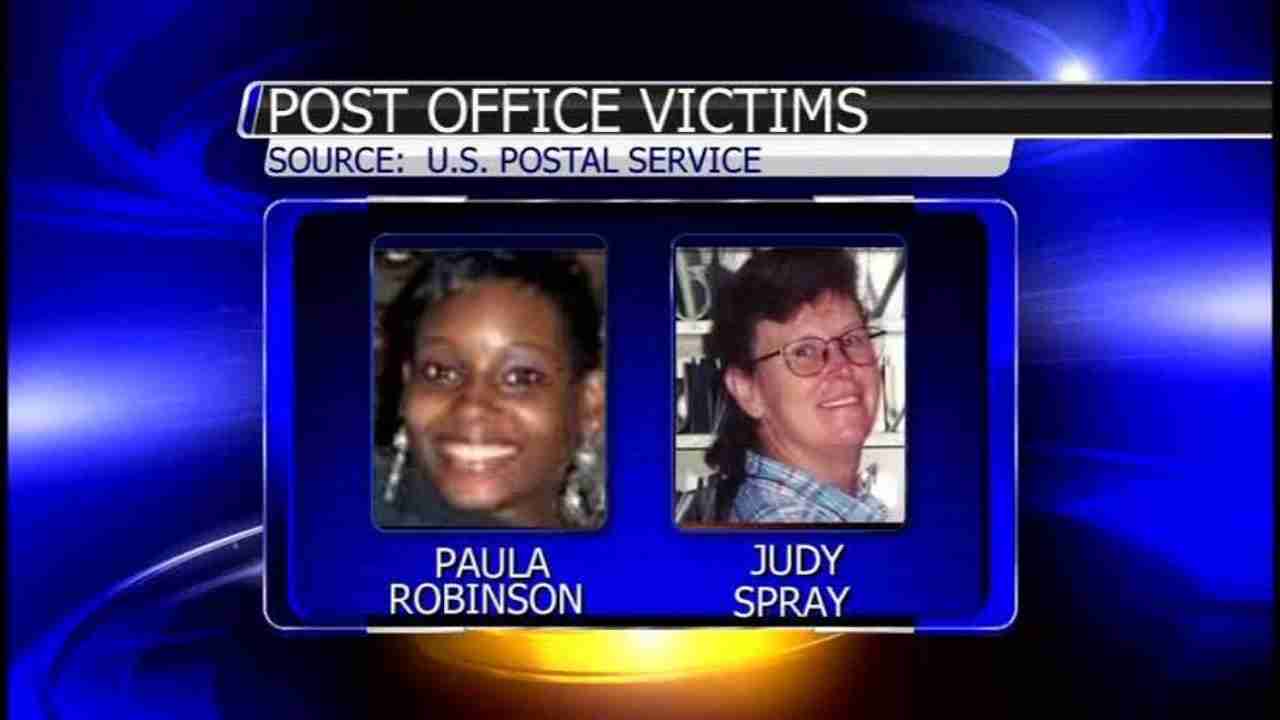 MEMPHIS, Tenn. (AP) — A small-town Tennessee post office where two mail workers were fatally shot during a robbery 11 years ago has been renamed in the women’s honor.
The post office in the rural West Tennessee town of Henning was renamed Tuesday for U.S. Postal Service employees Paula Robinson and Judy Spray, U.S. Rep. David Kustoff said in a news release.

Chastain Montgomery Sr. and his 18-year-old son son robbed the post office of all the cash inside the building — $63 — and shot the two women before fleeing on Oct. 18, 2010.
Chastain Montgomery Jr. was killed in a shootout with police in Mason four months later after authorities caught him driving a stolen truck. The elder Montgomery pleaded guilty to the killings and was sentenced to life in federal prison in August 2014.
Kustoff led a bill in Congress to rename the post office the “Paula Croom Robinson and Judy Spray Memorial Post Office Building.”

CONTINUE READING AT » US News