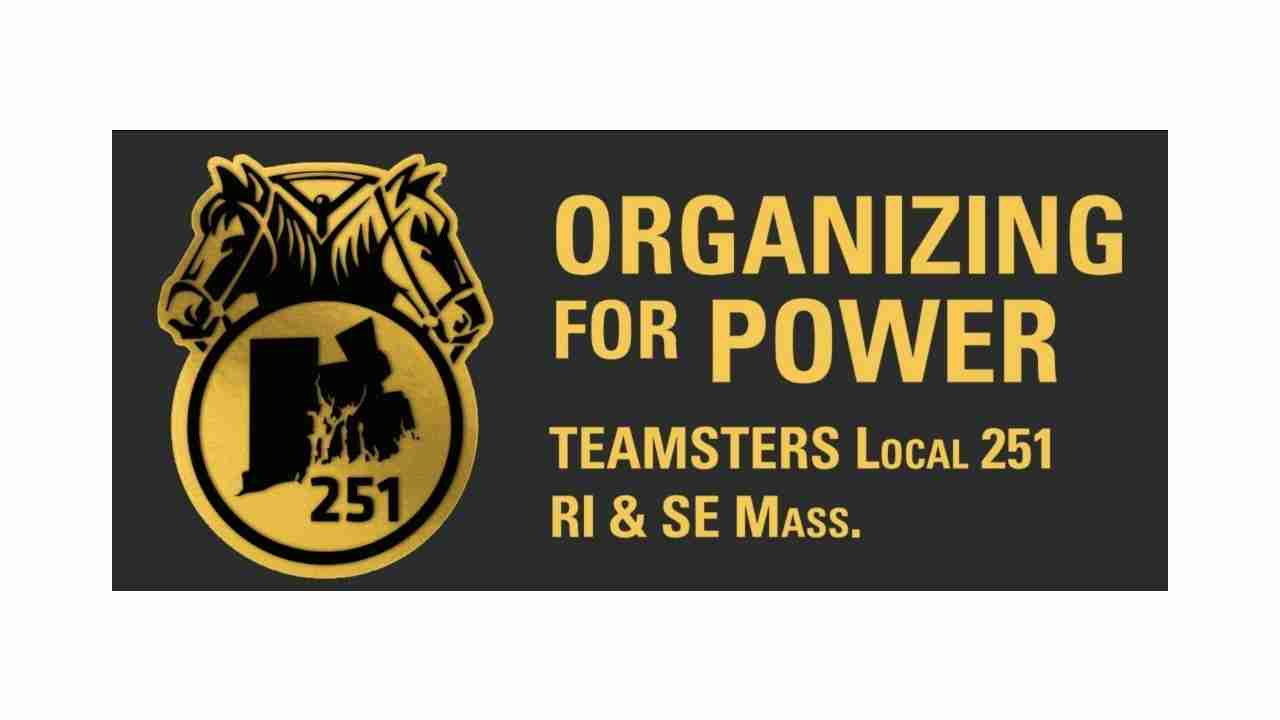 Teamster officials from General Teamsters Local 251 and our International Union met with senior officials from the USPS recently at the Boston General Mail facility.
DHL/NET has been relying increasingly on the USPS as strikebreakers since the strike began on June 22. DHL/NET has been unable to ship or pickup all packages in Rhode Island, Cape Cod, Southeastern MA, or Eastern CT with the use of replacement scab workers.
As a result, more and more DHL packages have been diverted to the USPS for delivery. The USPS has enough of their own work to do and has their own staffing and workload issues to deal with.
DHL customers tell us packages that are being diverted to the postal service have typically led to 3-4 week delays in their shipments. Some customers have told us packages are routinely lost and/or misdelivered and their shipments NEVER get to where they are going.
Postal workers have expressed to us they are being forced by the USPS to deliver DHL/NET’s struck goods under threat of their jobs. Postal workers, most of whom are union members themselves don’t want to be used to break the strike of other workers.
The use of the USPS is in direct violation of President Biden’s Executive Order 14003 which he signed only days after his inauguration. It declared “The policy of the United States to encourage union organizing and collective bargaining.” Using the USPS as a strike breaking delivery service thwarts union organizing and the collective bargaining process.
All these facts were discussed with Dr. Joshua Colin, Chief Retail & Delivery Officer, Executive Vice President USPS and Michael Rakes, District Manager of MA and RI USPS. Both were very sympathetic to the plight of the strikers.
Dr. Colin listened intently and asked a few questions about the strike. He is expected to discuss the issue with executives in the USPS and respond back to us. Mr. Rakes also asked several questions and revealed DHL/NET has always been using the USPS to some degree in violation of the contract with Teamsters Local 251 and an arbitrator’s decision. Fliers about the strikebreaking activities at the USPS were also distributed at the Postal Customer Council meeting in Boston to a favorable reception.
We will keep you updated on any developments with this issue.
Teamsters Local 251 members have been on strike at Northeast Transportation Services, a contracted DHL service provider since June 22.
In response to worker demands for a fair contract, the Company said that while it has the ability, they feel it is “not in the Company’s best interest” to meet our workers’ demands to pay livable wages, offer affordable healthcare, and pay a share towards retirement. The South Carolina-based company apparently does not believe that employees have rights and deserve fair treatment. This at a location that has more than doubled in number of employees in the last two years. The Union believes the Company has committed unfair labor practices.
Support for strikers has increased dramatically since news footage of Pawtucket Police attacking, pepper spraying and arresting picketers unprovoked during a rally last Friday aired on news broadcasts throughout the state.
Here’s how you can help:
Do not ship through DHL if you are in Rhode Island, Southeastern MA, Cape Cod or Eastern Connecticut.
Stop by the picket line at 101 Concord St, Pawtucket, Rhode Island. Contact us before stopping by please.
Give financial contributions:
Teamsters Local 251 Strike Fund
121 Brightridge Ave
East Providence, RI 02914
Tell Northeast Transportation Services that unfair treatment of workers is unacceptable. Call 843-906-9655 and 1-800-225-5345.
Tell the USPS you don’t approve of them acting as a strike breaking service.
Providence, RI Postmaster Jeanne Jackson at jeanne.m.jackson@usps.gov or (401) 276-6950
United States Postmaster General, Louis DeJoy at louis.dejoy@usps.gov or (202) 268-2608