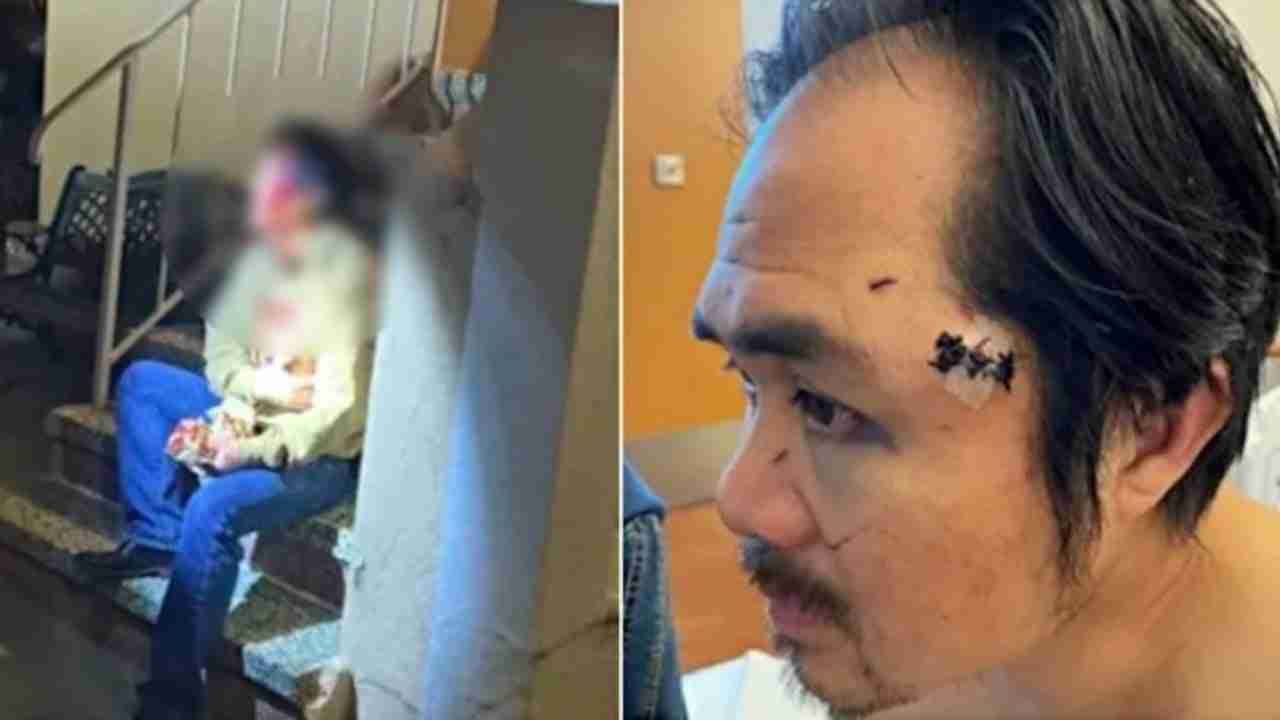 Lee was on his way home from his postal service job when Sims allegedly attacked him from behind and demanded his money.

Sims then started to stab Lee, who in turn grabbed him by the hair and hit him in the eyes and nose with his phone.

A bystander intervened and broke the attack. Sims allegedly took Lee’s backpack and fled the scene in a red four-door vehicle.