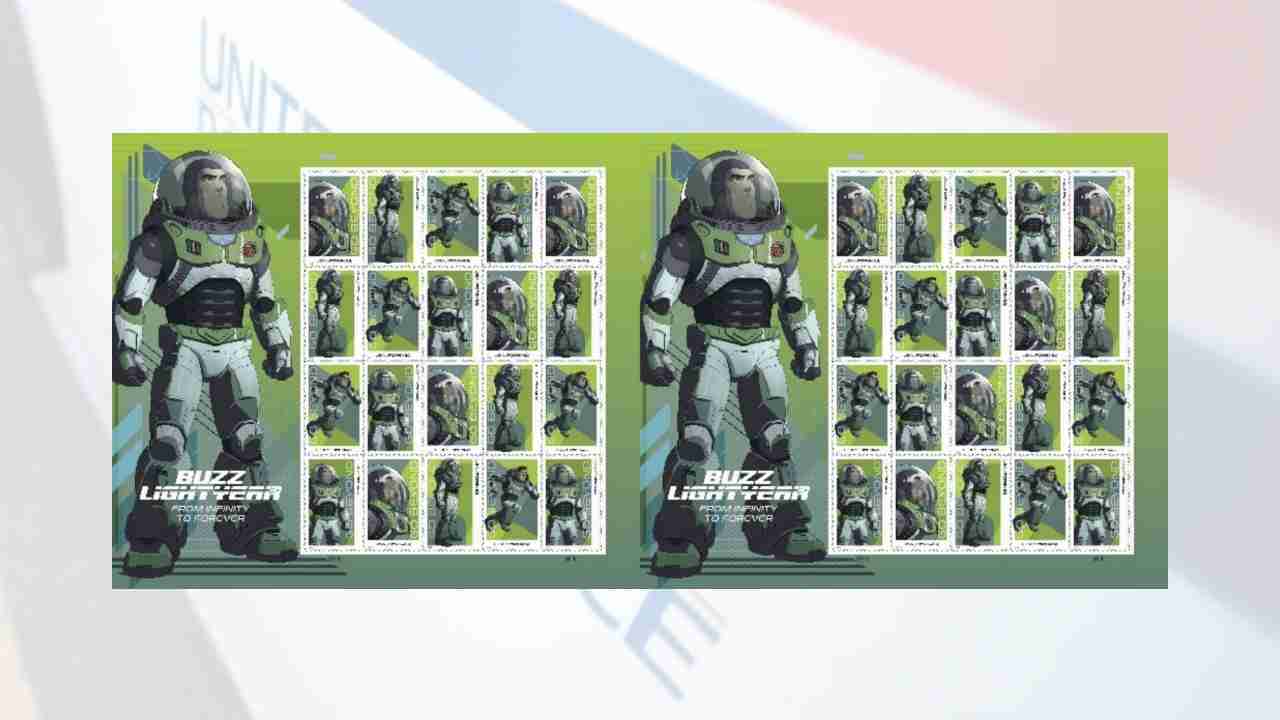 WASHINGTON — Far from the confines of Andy’s room, a sneak peek of new Forever stamps from the U.S. Postal Service was revealed at the red-carpet premiere of Disney and Pixar’s “Lightyear,” the new movie featuring Buzz Lightyear.

“Go Beyond” is a pane of 20 stamps arranged in four horizontal rows of five stamps featuring the image of Buzz Lightyear, a Space Ranger marooned on a planet 4.2 million light-years from Earth.

Additional details about the “Go Beyond” commemorative stamp collection, including the release date, will be announced later this year.

Pixar, the Pixar logo, “Buzz Lightyear” and related properties are trademarks and/or copyrights of Disney/Pixar in the United States and other countries of DISNEY • PIXAR. ©2022 Disney/Pixar and/or its affiliates.

About ‘Lightyear’
A sci-fi action adventure and the definitive origin story of Buzz Lightyear, the hero who inspired the toy, “Lightyear” follows the legendary Space Ranger after he’s marooned on a hostile planet 4.2 million light-years from Earth alongside his commander and their crew. As Buzz tries to find a way back home through space and time, he’s joined by a group of ambitious recruits and his charming robot companion cat, Sox. Complicating matters and threatening the mission is the arrival of Zurg, an imposing presence with an army of ruthless robots and a mysterious agenda.