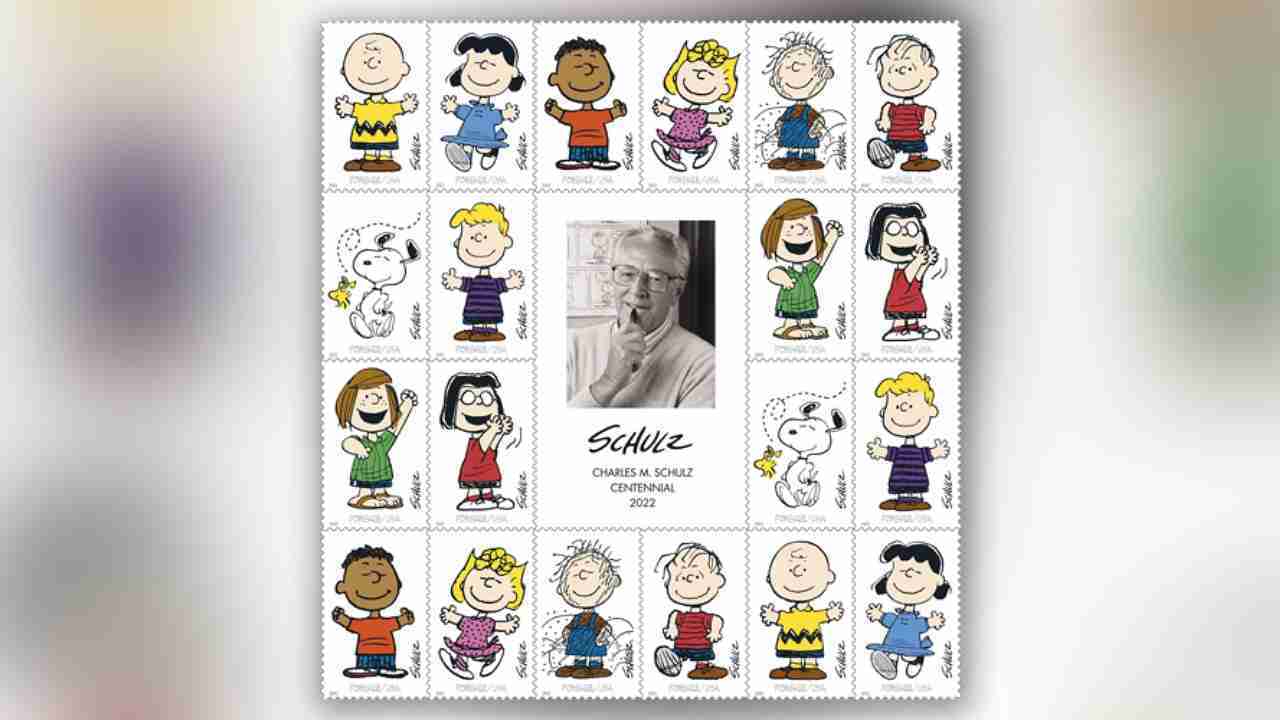 The Postal Service is issuing a set of 10 fun-filled stamps on Sept. 30 to mark the centennial of cartoonist Charles M. Schulz’s birth.

Schulz’s original “Peanuts” comic strip ran in newspapers from 1950 until a day after his death in 2000. His work still runs in many papers as “Classic Peanuts.”

The strip introduced a motley crew of unforgettable characters and explored timeless, universal themes of love, loss, rejection and insecurity.

The stamps are being issued in panes of 20 featuring two each of his 10 best-known characters: Charlie Brown, Lucy, Franklin, Sally, Pigpen, Linus, Schroeder, Peppermint Patty, Marcie, Snoopy and Woodstock.

The cartoonist’s distinctive “Schulz” signature is found in the lower-right corner of each stamp.

The pane features a black-and-white 1987 photograph of Schulz taken by Douglas Kirkland in the center surrounded by the colorful characters the cartoonist brought to such vivid life.

“Peanuts” cemented its status as an American classic in the 1960s with internationally beloved holiday specials such as “A Charlie Brown Christmas” and “It’s the Great Pumpkin, Charlie Brown.”

There were also books, a Broadway show and numerous products.

The Charles M. Schulz stamps are Forever stamps and will be available at Post Offices and usps.com/shopstamps.