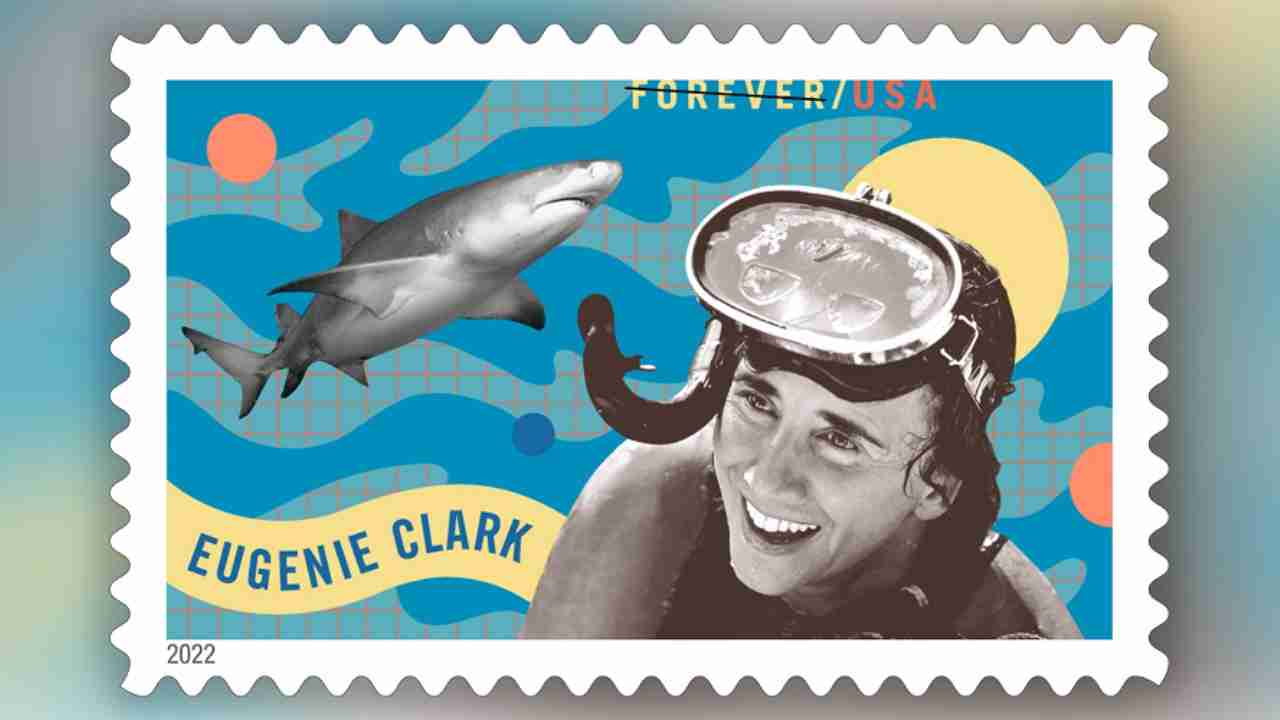 The Postal Service will release a stamp May 4 to honor pioneering marine biologist Eugenie Clark, who worked tirelessly to change public perception of sharks.

Clark (1922-2015), an ichthyologist and oceanographer known as the “Shark Lady,” debunked myths about sharks as vicious, fearsome creatures.

For example, she demonstrated that lemon sharks could be trained to do complex tasks and disproved the notion that some shark species must keep swimming in order to survive.

Clark also made significant contributions to the study of hermaphroditism in fishes, discovered several fish species, and and even determined that one fish species naturally repels sharks.

The Forever stamp will feature a collage designed by multidisciplinary artist Amanda Phingbodhipakkiya. The image includes two photographs: one of Clark taken by David Doubilet, and one of a lemon shark taken by Reinhard Discherl.

The stamp will be available in panes of 20 at Post Offices and usps.com.