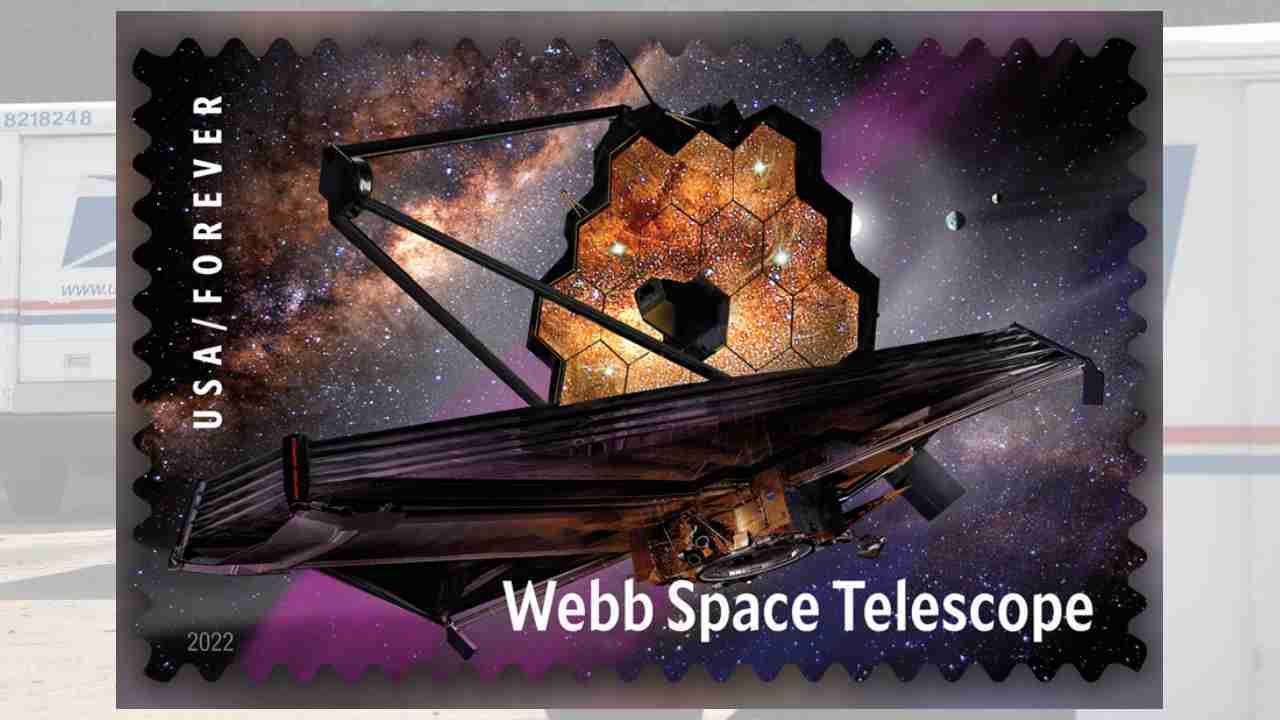 The James Webb Space Telescope plays the starring role on the latest Forever stamp released by the Postal Service.

The engineering marvel, a collaborative effort between NASA and the European and Canadian space agencies, was launched on Dec. 25 from French Guiana in South America.

It is the largest and most sensitive telescope ever deployed, designed to pick up infrared vestiges of the formation of the first stars and galaxies more than 13.5 billion years ago.

The telescope orbits the sun roughly a million miles from Earth, operating at temperatures as low as minus 370 degrees Fahrenheit.

Derry Noyes, a USPS art director, designed the stamp using an existing illustration by James Vaughan and an image provided by NASA and the Space Telescope Science Institute.

The main image is a digital depiction of the telescope’s makeup: a 21-foot primary mirror composed of 18 hexagon-shaped gold-coated mirrors, and a much smaller secondary mirror supported by three struts.

Below those are the computers and technology that keep the telescope functioning, a solar array to provide power and a solar shield.

The James Webb Space Telescope stamps are available in panes of 20 at Post Offices and usps.com