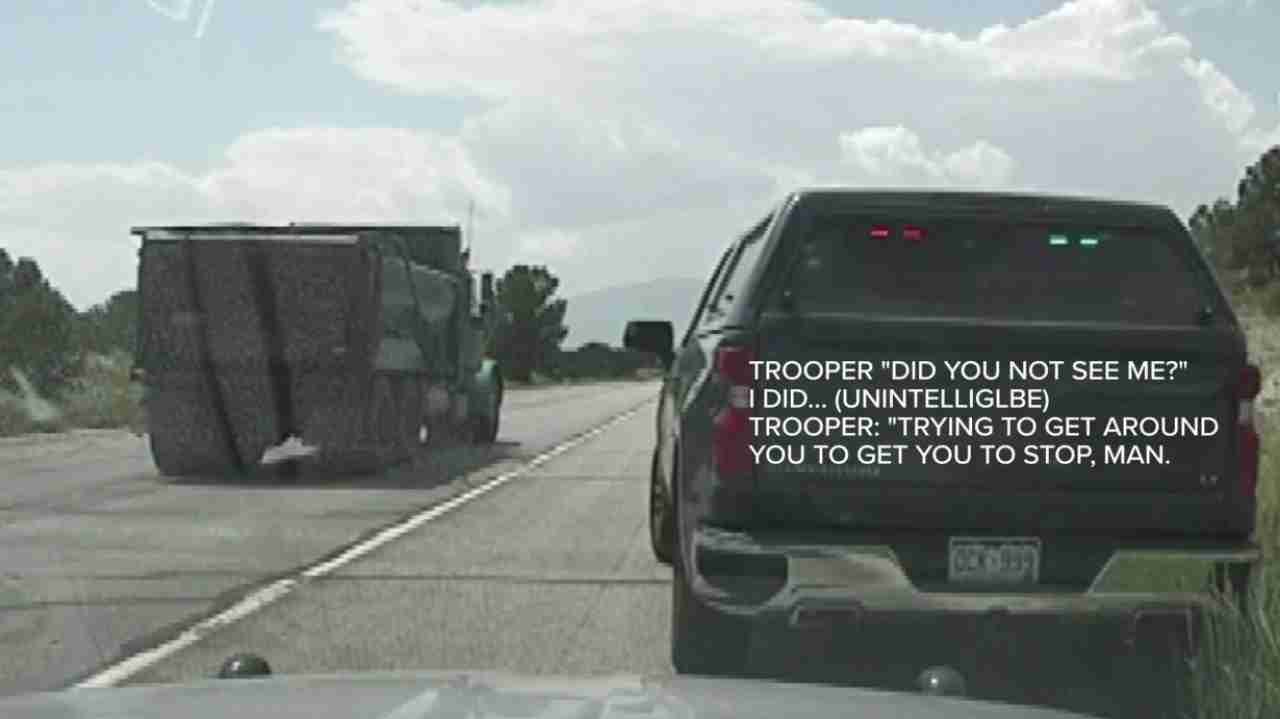 A conflict over a reckless driving citation issued to a postal inspector has riled up Park County’s sheriff, who said the federal officer must be held accountable.

DENVER — For at least an hour, the unmarked SUV moving fast with lights and sirens down busy Highway 285 was a mystery to the Colorado State Patrol and the Park County Sheriff’s Office.

People traveling on the highway on July 16, 2021 were reporting the driver was operating the vehicle dangerously by crossing the center line and nearly hitting oncoming traffic.

Dispatch audio and dash camera from the Colorado State Patrol obtained by 9NEWS reveals it took more than three minutes for the driver of the mysterious SUV to finally pull over when a trooper spotted the vehicle.

The driver turned out to be Postal Inspector Justin Moll, based in Denver, who claimed he was rushing to the scene of an arson in Moffat. The post office was set on fire before sunrise, and Moll said he was worried the crime scene wasn’t secure.

A trooper pulled Moll over around 11:40 that morning.

“You understand that running lights and sirens, you have due regard you have to show for other people?” the trooper can be heard scolding Moll on dash camera footage.

“I have a Park County sergeant that needs to get your information. He’s going to write you a ticket for reckless driving,” the trooper added.