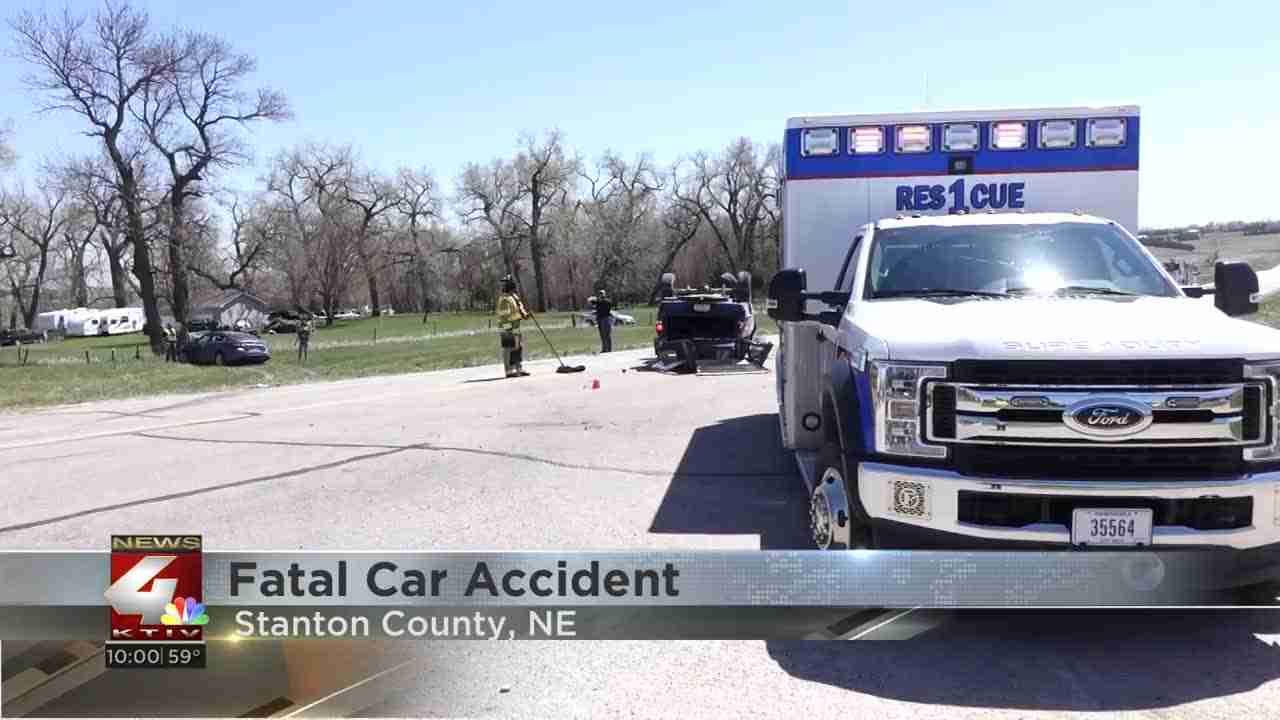 STANTON, Neb. (KTIV) – Authorities have identified the drivers involved in a two-vehicle accident that left one person dead Thursday afternoon in northeast Nebraska.

The Stanton County Sheriff’s Office says 57-year-old Francine Wolff of Norfolk, Nebraska was killed after she was ejected from her pickup during a crash north of Woodland Park.

According to a press release, the accident occurred just before 2 p.m. when the pickup Wolff was driving failed to stop at a stop sign at the intersection of U.S. Highway 35 and 846th Road. The release says the eastbound pickup drove into the path of a southbound car on Highway 35 driven by 21-year-old Devon Beckman.

Wolff was pronounced dead at the scene while Beckman was transported to a local hospital for treatment. Officials say Beckman was restrained in seatbelts and his airbags did deploy.