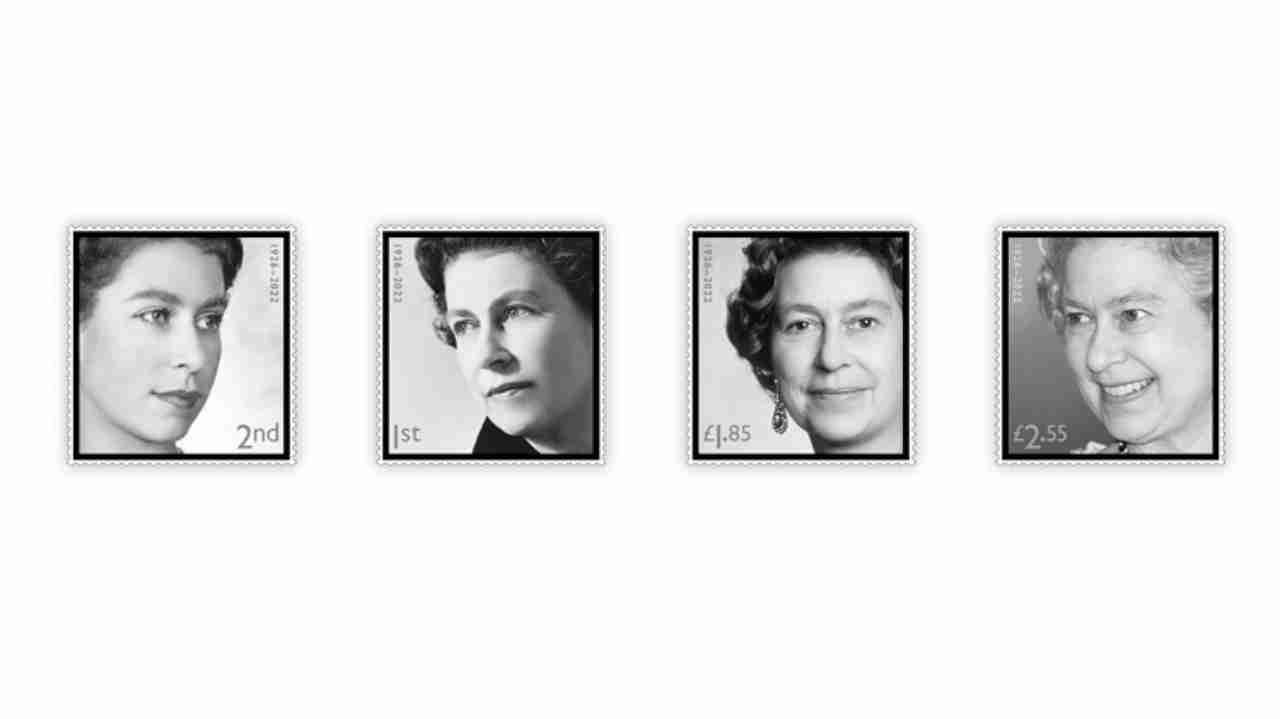 All four stamp images were released in the Golden Jubilee stamp issue in 2002. As with all stamps released during Her Majesty’s reign, they were approved by her for issue in 2002.

This is the first set of stamps approved by His Majesty King Charles III.

The images feature Her Majesty through the years: