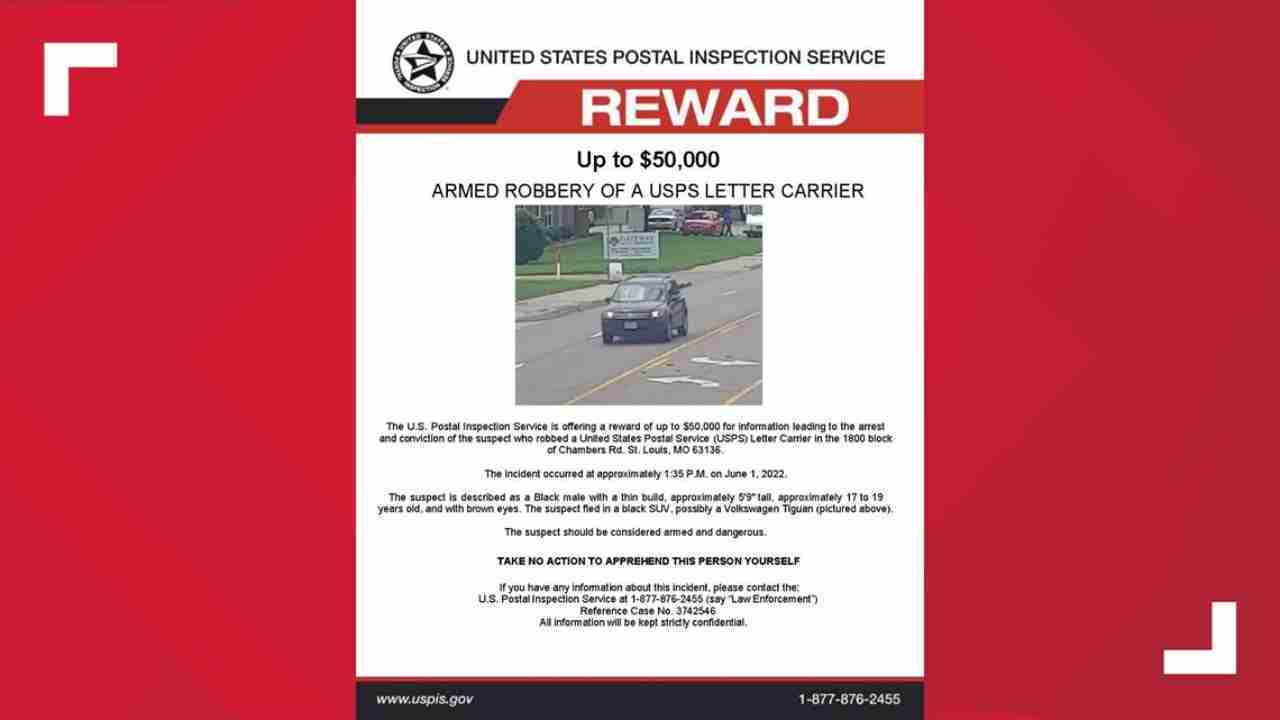 The St. Louis County Police Department said the robbery happened in the 1800 Block of Chambers Road around 1:30 p.m. on June 1. An image released by police showed the crime happened in front of an apartment complex off Bon Oak and Chambers Roads.

Residents who spoke with News 4 said they didn’t hear or see anything and asked not to speak on camera. Mother Erica Price was picking up her child from daycare just a block down from the crime scene.

“[This violence is] just scary,” Price explained. “I mean you don’t think in your neighborhood, where you take kids to daycare and school, that something so horrific like that would happen to a postal carrier just doing their job.”

According to police, the suspect drove away from the scene in a black SUV, possibly a Tiguan. An image was released by police in hopes of locating the vehicle and suspect, who is described as being “armed and dangerous.”

Anyone with information who believes they can help should contact the U.S. Postal Inspection Service at 1-877-876-2455. Callers will need to say, “Law Enforcement,” and then use reference case number 3742546.